You are here: Home / News / News / The Duchess of Cambridge meets marathon runners as London Landmarks get Headbands on for ‘Heads Together’ 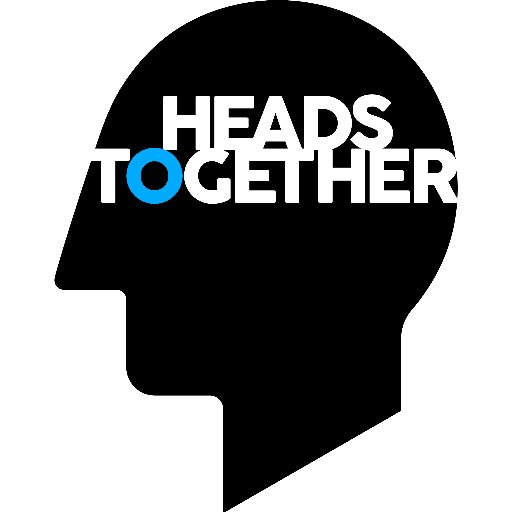 The Duchess of Cambridge today met Team Heads Together runners at Kensington Palace taking part in a final training session for the 2017 Virgin Money London Marathon and joined them in placing a Heads Together headband on a Royal Mail post box.

Around 70 post boxes on the London Marathon route will wear Heads Together headbands, to match the headbands being provided to all 39,000 runners, which they can wear on race day no matter the cause they are running for. This morning Prince Harry handed out headbands to some of the runners as they collected their race numbers at the opening day of the London Marathon Expo.

As Charity of the Year for this year’s London Marathon on Sunday 23 April, Heads Together wants to make it the ‘mental health marathon’ to get the country talking about mental health. Heads Together also announced today that a number of buildings and landmarks will get behind the campaign by donning headbands including Battersea Power Station, the Thames Water Tower on the Shepherd’s Bush roundabout and wax figures at Madame Tussauds London, including The Duke and Duchess of Cambridge and Prince Harry, Usain Bolt, Mo Farah, Jessica Ennis-Hill, Jonny Wilkson and Will.i.am.

St Paul’s Choristers put headbands on to support the campaign, the former Olympic Stadium will wear a digital headband up to race day and a London Duck Tours vessel will don a headband in support of the campaign. On Friday evening the South Bank will light up blue, with the National Theatre and the Coca-Cola London Eye matching the colour of the headbands. Over the weekend, in support of the mental health marathon, the windows of the Virgin Money Haymarket Lounge and Planet Hollywood in Piccadilly will be dressed in a giant headband strip.

Her Royal Highnesses met a small group of Heads Together runners who came together for a final training session at Kensington Palace and thanked them for helping change the conversation on mental health with Heads Together – the campaign she spearhead with The Duke of Cambridge and Prince Harry. The campaign, in partnership with eight leading mental health charities, aims to end stigma, raise awareness and provide vital help for people with mental health problems.

The Duchess of Cambridge today dressed the Kensington Palace post box with a Heads Together headband alongside Royal Mail CEO Moya Greene, who commented on Royal Mail’s support for the Heads Together campaign, saying:

“As a large employer, we recognise that we have a big role to play in tackling the stigma surrounding mental health. Although we have made some positive steps, there is still a long way to go. Like Sunday’s race, this is a marathon. We need to build on the good work we have done so far, and that means helping to address this issue within the local communities that we serve every single day. I’m proud that we are using our iconic postboxes to support Heads Together and this important campaign.”

The London landmarks supporting Heads Together and helping to make this year’s London Marathon the first ever ‘mental health marathon’, include:

You can access b-roll footage from today here which includes Prince Harry registering runners whilst opening the Virgin Money London Marathon, footage of the famous wax figures with Heads Together headbands on at Madame Tussauds and St Pauls Cathedral Choristers wearing headbands

We will be adding to this folder with more footage later today, including The Duchess of Cambridge dressing the Kensington Palace post box with a Heads Together headband alongside Royal Mail.

Heads Together also announced everyone will be able to support the mental health marathon on social media, via some custom innovations across Twitter, Facebook and Snapchat:

The Duke and Duchess of Cambridge and Prince Harry are spearheading the Heads Together campaign to build on the great work that is already taking place across the country, to ensure that people feel comfortable with their everyday mental wellbeing, feel able to support their friends and families through difficult times, and that fear no longer prevents people talking or getting the help they need. Heads Together brings together a team of Charity Partners that have achieved great progress in tackling stigma, raising awareness, and providing vital help for people with mental health problems. The team covers a wide range of mental health issues that are close to The Duke and Duchess and Prince Harry’s passions. They are: Anna Freud National Centre for Children and Families; Best Beginnings; CALM – The Campaign Against Living Miserably; Contact (a military mental health coalition); Mind; Place2Be; The Mix; and YoungMinds. The privilege of being the 2017 Virgin Money London Marathon Charity of the Year gives Heads Together a positive platform to raise funds for the support provided by the campaign’s charity partners and to start millions of conversations.

The Heads Together campaign is being generously supported by The Julia & Hans Rausing Trust, ShareGift and the first three Heads Together Founding Partners – Dixons Carphone, Unilever UK and Virgin Money. This support will help amplify the aims of the campaign as well as fund specific projects designed to help us all with mental health.