You are here: Home / News / News / Facing the Power of the Atlantic – an Oardacious expedition

Facing the Power of the Atlantic – an Oardacious expedition

December 2019 will see four serving Royal Navy submariners face the remarkable mental and physical challenge of rowing unsupported in a race across the Atlantic Ocean.  The team HMS Oardacious will be the first ever official Royal Navy team to take part in the world’s toughest rowing race, the 3,000-mile Talisker Whisky Atlantic Challenge. 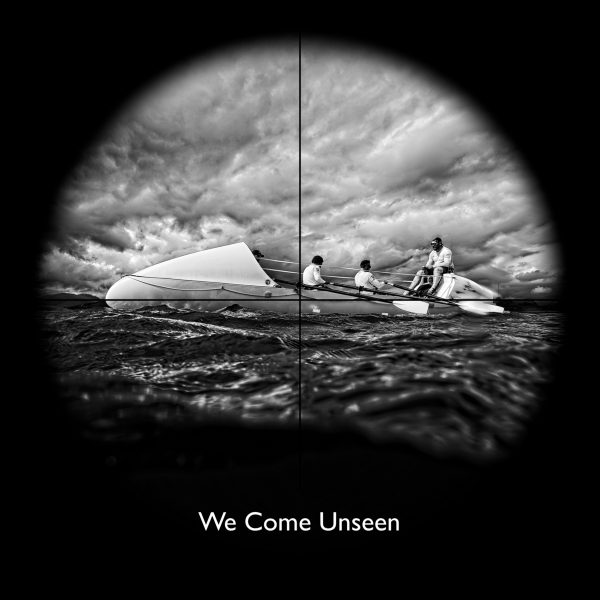 Th team will depart from La Gomera in the Canary Islands on 12  December 2019 and are aiming to reach Nelson’s Dockyard in Antigua just over a month later. Renowned as the “world’s toughest row”, the HMS Oardacious crew will  race against 40 teams from all over the world whilst facing the challenge of battling 30 foot waves, sleep deprivation, salt sores, torrential rain and every submariner’s nightmare – blistering sunshine.

The crew will operate a shift pattern, rowing two at a time for two hours and resting for two hours, 24 hours a day for over a month. They will consume 10-Litres of water and over 7,000-calories each every day to sustain themselves in this ultra-endurance activity, over which they are expected to row more than 1.5 million oar strokes.

The team’s participation in this herculean voyage will help to mark 50 years of unbroken service in maintaining the Continuous At Sea Deterrent – paying tribute to the human endeavour and commitment necessary to sustain this vital operation.  The platform has also given the team a voice and a platform for some fantastic charity work; working with the Royal Navy and Royal Marines Charity to provide Mental Health support to the Submarine community, targeting serving personnel, veterans and their families, with the aim of leaving a lasting legacy of wellbeing.  The team have now raised just over £90,000 for charity and are well on track to meet their £100,000 target.

“Our culture as Submariners seems like the perfect preparation for the Talisker Whisky Atlantic Challenge – whether it is knowing everything there is to know about our boat, looking out for our team mates or managing watch systems; all while contending with sleep deprivation and dealing with the emotions of leaving our loved ones… we are focused on the task ahead, and we are incredibly proud to represent the Royal Navy for the first time in this epic challenge in support of a fantastic charity and a project we truly believe in”.

The team’s campaign has been funded by 52 sponsors from the Defence sector and other affiliates.  Weapons Engineering Officer and expedition 2I/C Lt Callum Fraser said:

“We have been shown that sponsorship is more than just advertising; it is an alignment of values and the belief in a common goal.  We are incredibly grateful for all the support our sponsors have shown us over the past 12 months, not only helping fund the campaign but also the buy in to promote our story and help with charity fundraising has been great.” 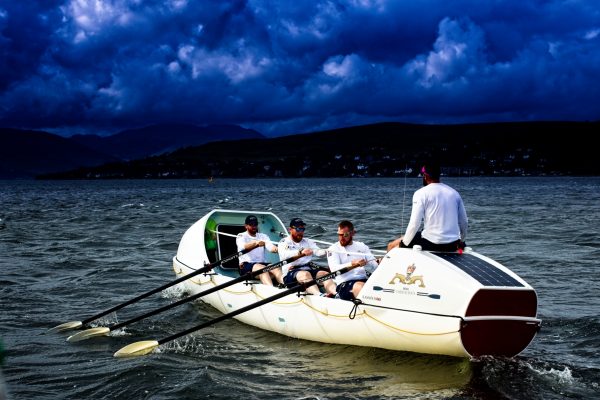 The boat, “Oardacious” is a 28 ft fibreglass, self-righting Rannoch-45 Ocean rowing boat.  Weighing just over 1 tonne when empty, it has two 6-foot cabins (one at each end) where the crew will rest in their down time.  The team will row unsupported, meaning they need to carry everything required to get across safely.  The kit list includes a vast array of technical gear for navigation, satellite communications and water production.  They have three solar panels to charge their battery allowing them to produce over 50 Litres of drinking water each day and also power the various navigation and safety equipment fitted.  They have packed over 1.5 Million calories of food to keep going and manage their inevitable weight loss.

“The average ocean rower loses 12kg during a crossing” says Nuclear Systems specialist, Petty Officer (ETMESM) Dylan Woods; “we have worked with the Institute of Naval Medicine to develop a calorie plan that allows us to keep our energy levels up through the day, minimise weight loss and provide boosts of moral where necessary when things get tricky.  Our daily rations include about 4,000 calories of dehydrated freeze dried meals and 3000 calories of biltong, cereal bars, meal replacement shakes, malt loaf, nuts and “filth” (chocolate, sweets and snacks). Calorie management can make or break a team’s crossing, the key is to have the discipline to eat every off watch to ensure we’re burning food rather than our own body reserves.”

The crew, measuring an average 6ft4” and now weighing an average 111kg have been prepared by HMS Temeraire’s Petty Officer PTI (Physical Training Instructor) Samual Simms who has devised a 12 month phased strength and conditioning plan.  The crew have focused on building strength and body mass for the challenge, gaining over 60kg of body weight cumulatively over the past 12 months.  Other areas of focus have been rowing, dedicating thousands of hours to sitting on the rowing machine over the course of the year, but also preventing injures through core and balance training as well as plenty of yoga.

“Pete’s been a key part of our HMS Oardacious family from the start; his experience and attitude has helped us build the right mindset and goal strategy as a team during the past 12 months of preparations”.

Aside from gym based training, the team spent a number of days training on the water, including an 8-day expedition in the West of Scotland and Irish sea, experiencing the worst of Scottish weather through a yellow weather warning, and fighting strong currents in the Irish sea.  Communications Specialist and Leading Engineering Technician Matty Harvey said:

“It was a great opportunity for the team to come together and gain confidence in our equipment.  We rowed from HMNB Clyde, the home of the Submarine service, around the familiar submarine sites of Loch Long and Loch Goil where we immediately adapted to our new home and routine before heading out into the Irish sea.  Regardless of the weather, we managed to cover some significant mileage and experienced a range of weather fronts and sea conditions, preparing us well for what might come.  This marinization phase was essential to ensuring our safe preparation for the vastness of the Atlantic and just how quickly conditions can change; we recognise the risks and will not allow complacency to get the better of us!  This training expedition was an incredible eye opener into just how beautiful the west of Scotland is; as submariners you rarely get to see the sights from the water, so being in the deserted lochs and isle network was stunning; we saw a lot of local wildlife, including curious seals and porpoise that often came within metres of the boat, puffins, jelly fish and other sea birds too… luckily no sharks, though this is something we’re expecting to see more of on the Atlantic crossing”.

The crew, Hugo, Dylan, Callum and Matty will be in the Canaries in early December to carry out final boat checks and preparations before launching from San Sebastian de la Gomera on 12 December.  You can follow their progress or donate to their charity via their website www.hmsoardacious.com or on social media (Facebook, Twitter, Instagram) @hmsoardacious .  You can also text NAVY OAR to 70500 to donate £5 automatically to the Royal Navy & Royal Marines charity.