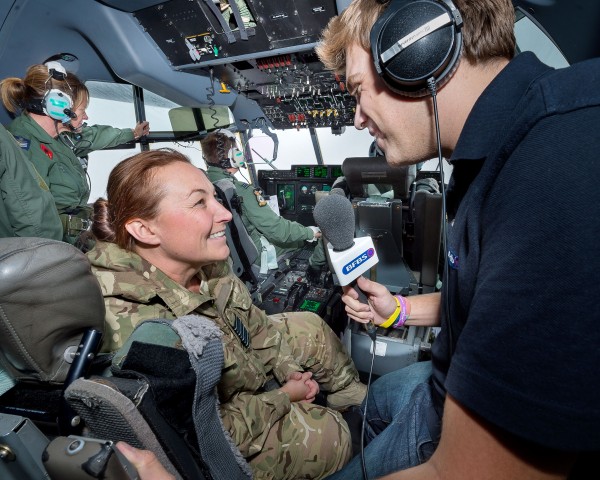 Broadcasting teams from the Forces Network will bring you coverage of Armed Forces Day on TV, radio and online on Saturday 30th June.

You can watch the National Event live from Llandudno on www.forces.net and take part in our live blog too as we cover events around the country.

Forces TV will be ‘Live from Llandudno’ with presenter Claire Sadler from 1100 to 1230hrs, with highlights at 1730hrs and on Forces News bulletin programmes.

The Forces TV stage will have a view of the whole parade route and the bay, so we’ll be perfectly positioned to capture all the action on land, sea and in the air.

Forces Radio BFBS presenters Alex Gill, Chris Pratt and Jo Thoenes will also have live reports from the main event in Wales, plus interviews with those taking part in the displays and manning the military stands.

Listen via Forces Radio BFBS on the BFBS Radio app, in the UK on DAB+, Sky Guide 0211, Freesat 786, and in the UK and overseas on FM, and online www.forces.net.

About the Forces Network

The Forces Network is part of the Services Sound & Vision Corporation (SSVC), a military charity that informs, entertains, connects and champions the Armed Forces. SSVC includes: