You are here: Home / News / News / Gap in support ‘could soon resemble chasm’ for some Service Leavers – says Army General and Charity Chief 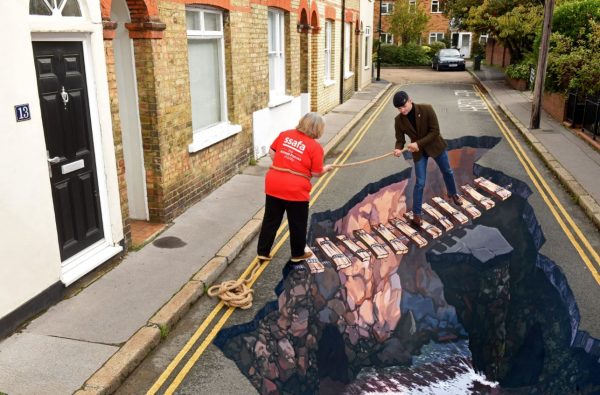 A new report from SSAFA, the Armed Forces charity, launched to raise awareness of the charity’s own Mentoring Service, graphically illustrates the level of misunderstanding about the ongoing needs of the ex-Forces when they leave the military. This is being exacerbated by COVID-19 as SSAFA statistics also show an alarming increase in the number of people coming forward needing help with their transition back to civilian life – estimated to be double that of 2019 by the end of this year.

“While most servicemen and women thrive when they leave the Armed Forces, a percentage have always found the transition difficult. Despite having expanded in recent times, the mentoring capacity that SSAFA provides could be tested; numbers approaching the charity have grown significantly this year, especially as a result of the impact of COVID-19.

“To present the stark reality, by the end of 2020 the number of people to have sought support from this specialist service will be more than double the number in 2019. That is a single year, but what worries me, and the charity more, is that the impact of this pandemic is likely to be felt for years to come. It is vital that the work of our Mentoring Service is known to anyone in need of our help, particularly given the consequences of the pandemic; SSAFA can provide assistance now and will continue to do so into the future.”

“When I was a commanding officer, I knew which of my men would need extra support when they left the military. Most men and women are much better for their military service and forge very successful subsequent careers and lives, but there are those that struggle. As National Mentoring Day approaches, the vital work of SSAFA’s Mentoring Service has never been so necessary.”

Transition impacts every individual differently, no matter how strong and resilient they are. “They may not be as visible as my physical injuries, but the scars of transitioning out of the Armed Forces run deep and demand long-term support”, said Cassidy Little, a former Royal Marine Medic who lost his leg to an IED blast in Afghanistan in 2011. Additionally, a lack of understanding and the continued misrepresentation of the Forces in the public eye is also cited as a reason for the environment facing service leavers being a challenge. More than four out of every five people (82 per cent) have never heard of the Armed Forces Covenant – and shockingly nearly one in 10 (9 per cent) of 16 – 24 year olds believe the Armed Forces Covenant is either an Eighties action film starring Dolph Lundgren or a new video game set to be released this Christmas.

However, while a lack of understanding and misperceptions are rife, support for the Armed Forces community from the general population is still strong. The survey, carried out among more than 2,000 adults between 30 September and 2 October 2020, asked if the Government could be doing more to support our Armed Forces community during this tough economic period, two thirds (67%) said yes.

Those transitioning out of the Armed Forces can access support from the Ministry of Defence for a period of two years after they leave. Some service leavers do not realise the value of accessing this support until it is too late. SSAFA’s mentoring service is there to catch and help those who need help, to stop them falling through the gap.

To find out more about SSAFA’s Mentoring Service or if you, or anyone you know, is in need of SSAFA’s support with leaving the military, please visit – ssafa.org.uk/mentoring