A blind veteran from Glamorgan is urging those in his local area to take part in a fundraising walk in Cardiff to help raise funds for Blind Veterans UK, the national charity for vision-impaired ex-Service men and women. 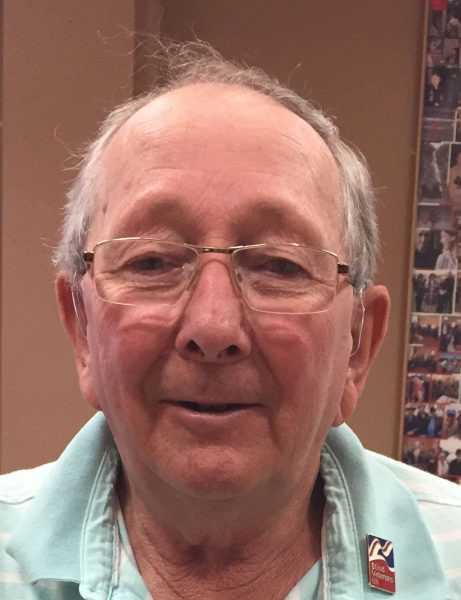 Blind Veterans UK has dedicated the month of March to veterans with a series of fundraising challenges, including a fully guided ten mile walk in Cardiff.

Gordon Williams, 75 and from Cardiff, says:

“Taking part in the walk and raising funds helps support people like myself. The charity have been a fantastic support to me and their help has been out of this world. They have brought me out of my shell – I have surprised myself”.

Gordon joined in the Royal Artillery in 1961 and served until 1967. He began to lose his sight gradually in 1970 due to Macular Degeneration. Fortunately he found Blind Veterans UK and started receiving support from the charity last year. He says: “I found out the charity by accident but I’m so glad I did! My cousin was a volunteer at the RNIB so I found out about the charity through them”.

Blind Veterans UK has provided Gordon with equipment to help him with day-to-day activities such as making a cup of tea Gordon says:

“They have given me a liquid level indictor which I use every day to make a hot drink and a talking watch so I can tell the time. I also love going to the Cardiff lunch clubs that the charity organise for us – the other veterans are fantastic. It’s great to be part of it”.

March for Veterans Cardiff kicks off at 10am on March 21 in Bute Park in Cardiff’s city centre. For more information and to sign up, visit blindveterans.org.uk/march-for-veterans-cardiff