You are here: Home / News / News / Grants to charities that support the serving Army 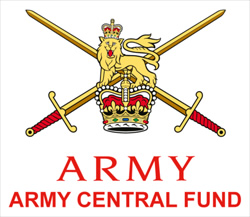 Grants to charities that support the serving Army

The closing date for the next round of applications for grants from The Army Central Fund is Friday 31 March 2017.   Successful applicants will receive their grant in the period  1 July 2017 to 30 June 2018.

The majority of the funds available are awarded directly to the Army for garrison and unit projects and to the Army Sport Control Board and the Army Families Federation.  In addition, there is some scope to award smaller project grants to those charities, including Cobseo members, that provide support to the serving Army and/or their immediate families.  Each application is considered on its merits and it is a competitive process as the value of applications usually exceeds funds available.  There can clearly be no guarantee that an application will be successful.  When making their decisions trustees focus on the benefits the project will bring to the serving Army and families. They also consider;  whether the proposal is the most effective way to achieve the aim, if the activity it is already available from other providers and if the applicant is best placed to deliver it.

To confirm eligibility and receive an application form, charities should email Lieutenant Colonel Julian Panton, Secretary The Army Central Fund at Army-ArmyCentralFund@mod.uk  giving a brief outline of the proposal.

Army units and Army sports associations/unions should consult Army Briefing Note 49/13 and Army Command Standing Order 3206 ( Army Welfare Funds dated April 2016) and apply through the chain of command  as detailed in the  Order.