An RAF veteran from Romsey in Hampshire cycled 100 miles from his front door to Buckingham Palace, raising money for the charity Blind Veterans UK. 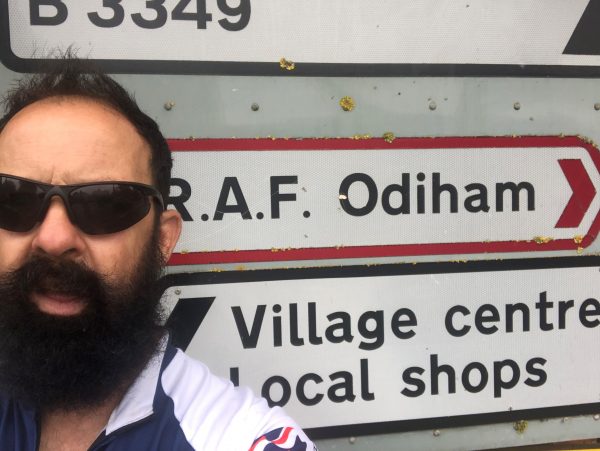 54-year-old ex-RAF Engineer Tony Bostock was hugely disappointed when Ride London was cancelled but wanted to honour the funds he had raised by taking on his own version of the race. He says:

“It’s been a roller-coaster of a year and I was extremely disappointed when Ride London was cancelled.

“I originally decided to support Blind Veterans UK after seeing how they had changed my Father-in-Law’s life. So when the event was cancelled I knew I needed to do something to earn those funds for Blind Veterans UK who need them more than ever at the moment.

“The charity have supported my Father-in-Law to live independently by giving him rehab and training so he could remain in his own home. He’s in their choir and loves the camaraderie that he has with the other choir members. He talks with such passion about it. It’s dramatically changed his life for the better and given him a real purpose for life. As a family we are just so grateful to Blind Veterans UK for everything they’ve done for him.” 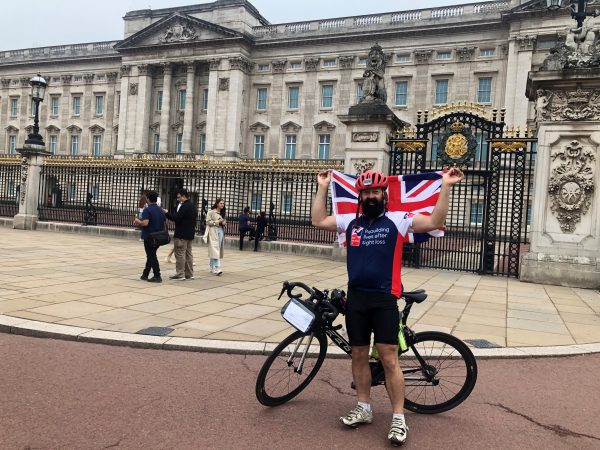 Tony planned his route to pass RAF Odiham and Aldershot Garrison on his way into London.

“Passing the bases was symbolic. They’ve been instrumental in supporting Gulf War veterans so I wanted to cycle past as a gesture. I was thinking about the sacrifice members of our armed forces have made for us all as I rode.”

Tony set off at 6:30am and finally reached Buckingham Palace at 5pm after a full day of riding. By taking on the challenge he has raised £860 for Blind Veterans UK. If you would like to help Tony raise even more money, his fundraising page is here: uk.virginmoneygiving.com/AnthonyBostock

With all manner of fundraising events being cancelled due to the ongoing pandemic, Tony gave a message of encouragement for anyone in a similar position to himself:

“I can completely understand the disappointment people must be feeling when something they have been working towards is cancelled. However I think with a bit of creative thinking we can do something even better and in the current circumstances, even more memorable.”

Tony served in the R.A.F. between 1983 and 1990 as an Engineer. He served at Brize Norton, Aldergrove, and Abingdon.