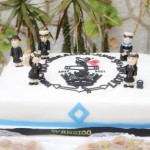 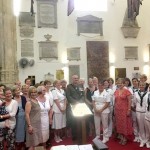 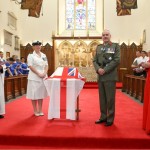 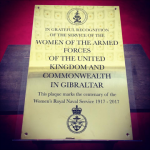 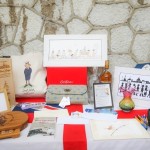 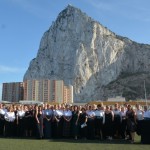 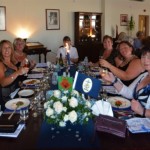 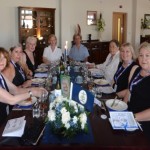 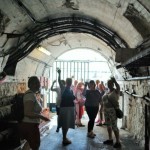 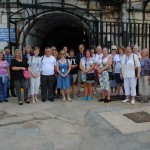 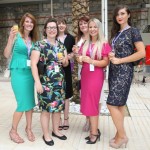 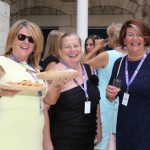 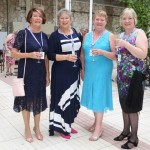 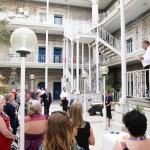 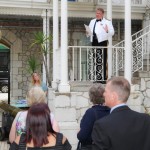 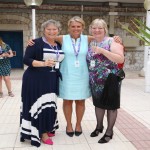 The event opened with a cocktail party in the Tower, with Cdre Walliker Command British Forces Gibraltar welcoming the ladies back to the Rock.  There was also the opportunity for a brave few to  visit HMS Ledbury.

Saturday morning involved a visit to the Eisenhower Rooms in one of the tunnels.  This was where a lot of the ex-wrens had worked, so the guide abandoned his prepared speech to let the ladies reminisce and tell their stories of what it had been like to work there about 30 years earlier.

Saturday night was a slightly more formal occasion held in the Officers Mess, Devil’s Tower Camp where the ladies headed into dinner and were welcomed by the Mess President, Wing Commander Liz Hutchison.  A raffle was held during the dinner raising £650 for the WRNS Benevolent Trust charity. The speeches from Dr Jennifer Ballentyne and Cdre Inga Kennedy were well received, before the ladies hit the dance floor in good old traditional Wren’s fashion.

On Sunday morning a special WRNS church service was held in Kings Chapel where Revd Phillipa Sargent, a retired Lt Cdr, flew over from the UK to address the congregation.  After her inspiring and reminiscing speech, the Governor of Gibraltar Lt Gen Edward Davis was invited to unveil the plaque that the committee had specially commissioned with the assistance of CPO Claire Talbot.  On completion of the service the ladies retired to the anti-room for coffee and cake before making their way back to the UK.

I will end with a comment that was received on completion of the celebrations: “I was worried we wouldn’t know anyone but everyone was so friendly that we both had a great time.  So the moral of the story is to go to a reunion even if you think you won’t know anyone!”