You are here: Home / News / News / From the highest mountains to the coldest continent – the march of the fundraising army

Back in 1946, when Field Marshal Montgomery launched the Charity’s first ever public appeal, all he asked was for everyone to give one Shilling – around £3.50 in today’s money. This fundraising ask was quite simple; donate some money and help the Charity. 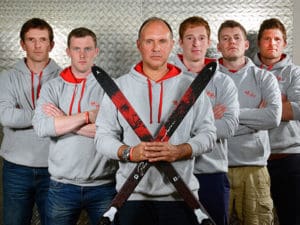 Fast forward seventy-one years and the ways and depths of today’s fundraising activity has reached heights that Monty could have never envisaged. Many of our supporters are pushing themselves to new extremes, and some even setting new records, to joining the ‘Fundraising Army’ for the Charity.

During January this year, five Army Reservists became the first British team ever to cross 1,100 miles of Antarctica, unsupported. One of the team, Ollie Stoten, at the age of 26 became the youngest person to cross the continent unaided. Not only was the record-breaking trek a real test of their mettle, it was also a fundraiser for the Charity, with the team aiming to raise £100,000.