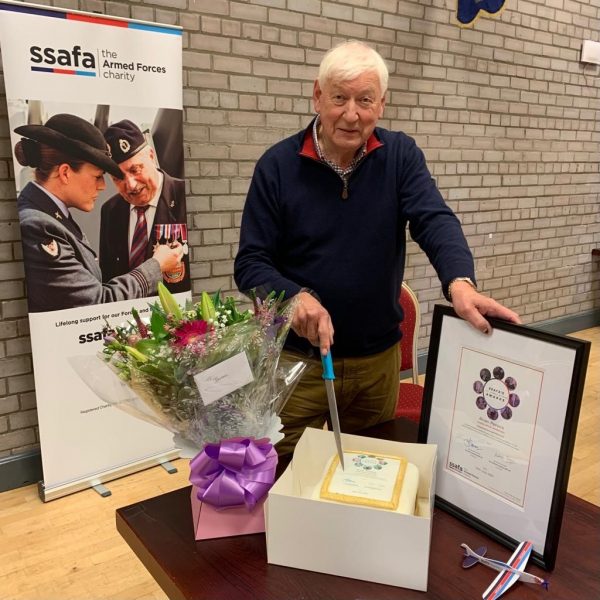 After 24 years’ service in the Royal Navy, which he joined aged 16, and a further 26 with BAE Systems, Brian felt the need to give something back to the service community, and so began volunteering for SSAFA’s Perth & Kinross branch in 2009 as a caseworker. Within a year, he had taken on a second role as branch secretary, as well as more recently becoming the branch’s prison-in-reach coordinator. Overall, he has worked on more than 1,000 cases for SSAFA.

Married to Isabel, and with four children and nine grandchildren, Brian said:

“This is a great honour and I’m delighted to receive the award and wish to thank SSAFA for giving me the opportunity to help our service community and to be able to work with some of the most wonderful colleagues anybody could wish for in this task.”

“Brian has made an enormous contribution to the work of SSAFA in Perth and Kinross to support service personnel and their families, and his service is considered central to the branch receiving The Queen’s Award for Voluntary Service in 2018.

“He has devoted his life to his country through his service in the Royal Navy, and his vital work with BAE. He continues to do so through his work with SSAFA, and he is a very worthy recipient of the Sir James Gildea Global Award. We in the branch are also very fond of him as a superb human being, and are enormously proud that he was selected for this. He deserves it in bucket loads. BRAVO ZULU2, Brian!”