You are here: Home / News / News / Lancashire veteran has been raising funds for military charity for over 10 years by collecting aluminium cans

An army veteran from Lancashire has been collecting tins and donating the scrap metal value to the charity Blind Veterans UK for over 10 years. 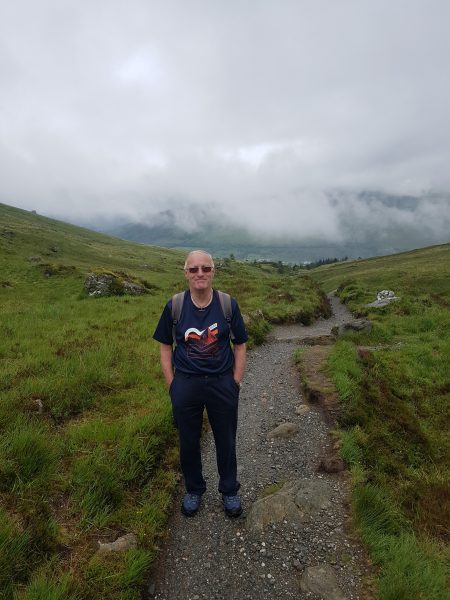 Mike Leeming, 77 and from Blackpool, recently donated a cheque of £100 to the charity’s training and rehabilitation centre in Llandudno. He says:

“I always take all the cans I collect to Inglemere Metals Ltd in Blackpool. When I went in there recently, they told me that a family had brought a car in and that they had asked for the money to be donated to a charity of the metal merchant’s choice. They have got to know me over the years and the collecting I do for the charity so they kindly chose Blind Veterans UK. The scrap metal of the car was £85 so I topped the cheque up to £100 with money made from the cans”.

Mike joined the Royal Signals when he left school and served for 11 years as a technician. He says:

“There’s lots of good causes out there but I wanted to support Blind Veterans UK as I was in the army myself. I have visited their training and rehabilitation centres in Brighton and Llandudno where I got to meet the veterans they support and see the great work that the charity does”.

Mike has been collecting cans to raise money for charities and organisations for over 30 years. Before lockdown, he would go walking around his local area to collect them. Many of his neighbours, as well as local clubs and groups know of his collecting so have been bringing cans to his doorstep so that he can continue doing so during the pandemic. He says:

“During lockdown I wasn’t going out but people were so kind to bring the cans to me – it really gave me a great community feeling!”