When Launchpad was established in 2013, its purpose is to support and develop veterans and to help them live independently – not just provide a temporary home. 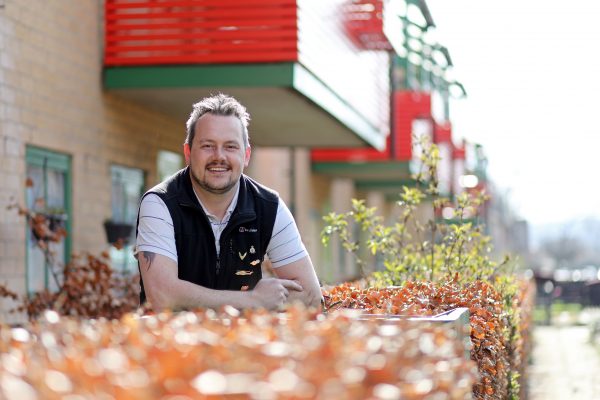 Fast forward eight years, the charity, which has two houses in Liverpool and Newcastle upon Tyne, has just welcomed its 500th resident.

For most veterans, the transition from the armed forces to civilian life is smooth but more often than not, those few who can’t resettle easily face challenges such as homelessness, poverty, mental and physical health issues, addictions, broken families and unemployment.

Launchpad was created to help veterans overcome these challenges and to live positive and rewarding lives thereafter. Around 85% of the veterans who arrive at Launchpad are homeless and are supported for up to two years (longer if necessary).

Launchpad staff help them to claim their benefit entitlements and develop a personal action plan to address their often, complex needs. Staff work with multiple funders, local authorities, housing, training, employment and health and wellbeing partners to provide the necessary assistance for the veterans.

In February 2021, veteran Gary Wright moved into Launchpad’s Avondale House in Byker and became the 500th resident the charity has supported. The 36-year-old self-referred to Launchpad after becoming homeless and sleeping in his car.

He served 10 years in the Royal Navy, initially as an aircraft engineer based at RNAS Culdrose and then later, working on Merlin helicopters as an Anti-Submarine Warfare Aircrewman, focussing on airborne surveillance and detection.

In 2007, he innocently hurt his back, which led to many problems and was what sealed his fate when he was medically discharged from service in May 2011. By 2019, he was suffering from depression and anxiety and took an overdose, which had a detrimental effect on his relationship.

“Avondale House is the right place for me to be. I know I can get the support and advice that I need to help me with my physical and mental health. It’s a massive relief to be here and it gives me peace of mind.

“My flat it lovely and it’s fully furnished. I’ve been made to feel very welcome and there is camaraderie between the residents. Places like Launchpad are a Godsend. What would we do without them?”

The first resident to move into Launchpad’s Avondale House was RAF veteran Lofty Rames. He spent 15 years working in bomb disposal and moved to London after leaving the military.

He was working on building sites doing site mitigation to ensure they were clear of any unexploded bombs from WW11. After the markets crashed, he found himself unemployed and moved back to his native Newcastle.

Feeling low and depressed, he considered taking his own life but was signposted to Launchpad, which was just a building site at the time, and was given the keys to a flat and never looked back. In March 2014, he was offered, and took up, the job of Facilities Manager later moving out in October 2016 to live independently. He now spends his time relaxing and fishing in the Peak District.

“I had many good experiences living at Launchpad and I am forever grateful to the charity for not only providing a roof over my head and giving me the support I needed to address my mental health and wellbeing, but they also offered me employment.

“Without Launchpad, I’m not sure what or where I would be now but, I do know that I am in a much better place after being supported by such a brilliant organisation.”

David Shaw, CEO and co-founder of Launchpad, who said:

“When we set up the charity, our aim was to develop the veterans to prepare to live independently and to provide the support they needed for their often, sometimes complex needs. While this ‘500th’ is a milestone figure, it is still too high a figure in some respects, but then we are very proud to have been around to help those who needed the charity’s support.

“We work with lots of different partners and valuable support agencies to ensure we put in place a bespoke action plan to ensure the veterans get the help they need.

“Of course, we couldn’t operate without our excellent and dedicated staff who work tirelessly to provide the support our residents need, enabling them move on and live independently and, for some, to secure employment.”