Work has commenced on the refurbishment of Launchpad’s Speke House in Liverpool thanks to a donation from leading bereavement and veterans’ support charity, Forces Support.

Launchpad is the city’s largest veterans’ accommodation facility providing safe, secure en-suite bedsits and flats for up to 48 veterans to help them stabilise their lives and make a successful transition from military to civilian life. 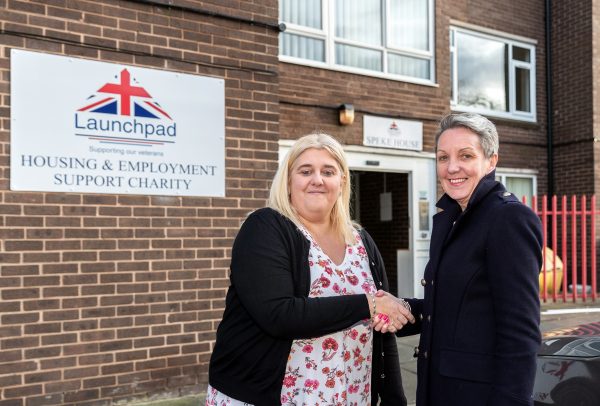 Forces Support has awarded Launchpad £73,000, which will be used for both internal and external projects. Internally, all flats are set to benefit from the installation of new windows and communal areas such as the social and training area, kitchen, IT suite, laundry, corridors and toilet facilities will be fully redecorated. Externally, new gates and fencing will be erected, and a bike storage area will also be built for residents to store their bikes.

Forces Support plays an active role in supplying funding to assist with homes for veterans to address problems of homelessness, financial disadvantage and poor mental and physical health among veterans.

In addition, Forces Support helps families of men and women killed while serving in the British Armed Forces, as well as former service personnel and their families who are in need through financial hardship. 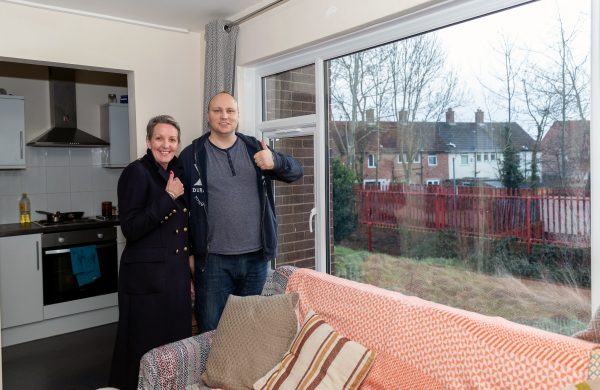 Launchpad took possession of, and carried out partial refurbishment of Speke House, just off Heathgate Avenue, in 2015 based on the success of another project the charity runs in Newcastle. Residents usually stay at Launchpad for up to two years and receive additional support, through the expertise of specialist providers to help them make a successful transition from military to civilian life.

In the 12 months to June 2019, Launchpad’s Speke House accommodated 90 residents – 80 of which came from a homeless background. 45% of residents left Speke House with employment and 74% successfully moved on to settled accommodation, either living independently, reunited with family or with the support they need.

Prior to Launchpad, the 1960’s building provided accommodation for people aged 55 and over and was managed by Johnnie Johnson Housing Trust. In 2014, the charity was looking for a site in the North West area and Speke House proved to be an ideal base to provide accommodation for veterans.

“Forces Support is delighted to be going into partnership with Launchpad’s Speke House and we look forward to funding more projects in the future.”

“Last year, 80 (out of 90) veterans came to live with us because they were homeless. For some, Launchpad is the first safe place they have slept in for months, even years, so it is vitally important we provide a warm, welcoming and friendly environment that will help them to re-engage and transition successfully back into civilian life.

“Our Trustees, staff and residents are extremely grateful to Forces Support for this financial contribution, which will significantly improve the living environment of Speke House and will have a long-lasting effect for our current and future residents.

“Our charity relies on personal and corporate donations to enable us to provide the services we do. With additional financial support from organisations such as Forces Support, we are able to improve our facilities and provide activities that will help to rehabilitate our veterans.”

The first phase of work to install double-glazed windows in all flats will be completed this week. In addition to the support received from Forces Support, funding has also been secured to remodel part of the garden area at Speke House to create a sensory garden for residents to relax and refocus.

Last year, Launchpad supported 157 veterans across both houses in Liverpool and Newcastle and has helped 437 veterans in total since it was established in 2013.

• At the end of September 2019, the total number of veterans helped since Launchpad opened in 2013 is 437.
• 42% of residents leave Launchpad with jobs.
• 69% successfully move on to settled accommodation, either living independently, reunited with family or with the support they need.
– Launchpad won the ‘Working Together’ award in the national ‘Soldiering On Awards’ and two founders were awarded the Prime Minister’s ‘Point of Light”.
– Launchpad won The Veterans’ Foundation award at the Heropreneurs Awards 2019.

Forces Support is a bereavement and Veterans’ charity and the aims of the Charity are, firstly, to provide the relief and support of families of service personnel killed on active service and, secondly, the relief of former service personnel and their families who are in need through financial hardship.

Activities include:
Improving the lives of the bereaved – The charity provides practical home and garden maintenance services and remembrance and play areas, easing the burden on bereaved families. We also provide remembrance benches and treasured memory books which bring a long-term emotional benefit to the families we support.

Improving the supply of housing for service Veterans – In association with Launchpad we hope to play an active role in supplying funding to assist with housing for Veterans and encouraging other housing suppliers (e.g. housing associations) to do the same, thus addressing problems of homelessness, financial disadvantage and poor mental and physical health amongst Veterans.