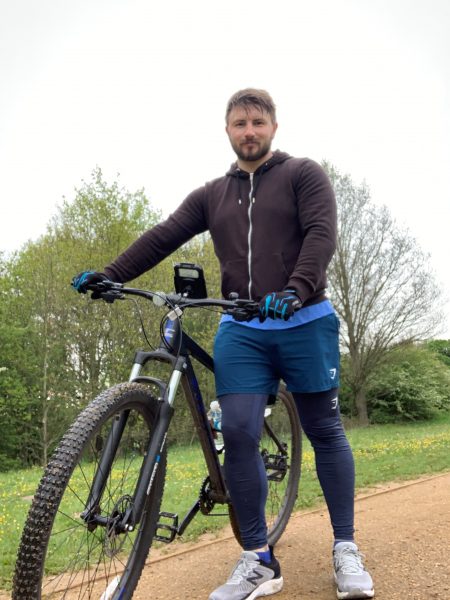 Throughout the month of May, veteran Mark Connor has set himself the challenge of completing 500 miles by cycling or running around Chelmsford, Essex in aid of SSAFA, the Armed Forces charity.

Mark served in the Royal Electrical and Mechanical Engineers for just short of 8 years; 4 years with 1st Battalion Scots Guards and over 3 years Household Cavalry leaving in January 2019.

“As a veteran, I wanted to give back to an Armed Forces charity. Anything military wise is a cause close to my heart. I have never had to call on SSAFA’s help but friends of mine have told me about the charity.

I have just moved to the area and it is so nice to get out on the bike and get lost in a new place.”

If you would like to support Mark and the Armed Forces community, donate here: justgiving.com/fundraising/mark-connor13