The 13 Bridges Challenge, hosted by SSAFA, the Armed Forces charity, raised over £70,000 to support serving personnel, veterans and their families on Saturday 26 June. 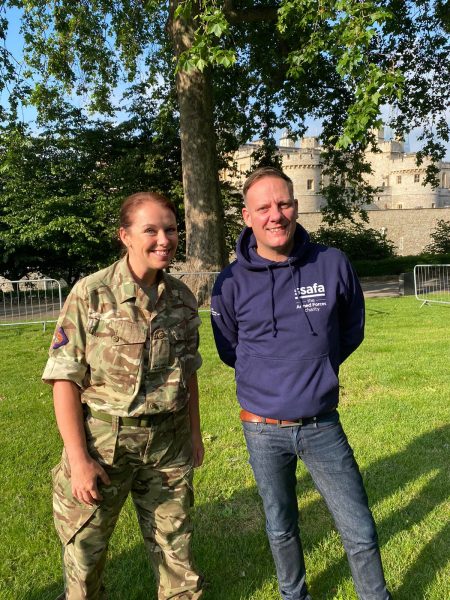 London’s only Armed Forces Day event, in partnership with Fujitsu, Corps Security and Morgan Sindall Infrastructure, has raised over £70,000 to support SSAFA, the Armed Forces charity.

The event took place on Saturday 26 June and challenged participants to take on a 10-mile walk through Greater London, exploring the 13 Bridges that make up the city.

Starting at Tower Bridge, the event finished at the Royal Hospital Chelsea after the final bridge, Battersea Bridge, had been crossed. Over 500 fundraisers signed up to the event and were supported throughout by volunteers from the local Armed Forces community.

The event was attended by SSAFA supporter and Coronation Street Actor, Antony Cotton, who said:

“I was so proud and honoured to have set off SSAFA’s 13 Bridges Challenge on Armed Forces Day. It was an incredible event attended by many members of the public all with the same intention to celebrate our Armed Forces and raise money for SSAFA.”

“We have been blown away by the support for our 13 Bridges Challenge this Armed Forces Day and are incredibly grateful to all those who took part. We have now raised over £70,000 to support the Armed Forces community which will truly make a huge difference.”

“We would also like to thank our headline sponsor, Fujitsu, and supporting sponsors, Corps Security and Morgan Sindall Infrastructure.”