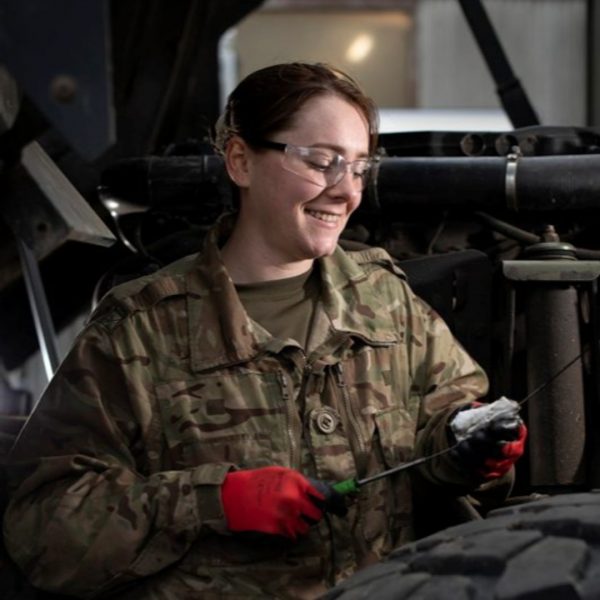 A significant proportion of women in the military still struggle to fit in with the masculine military culture and experience significant negative gender stereotyping and sexism, according to a major new report drawn from contributions from more than 30 organisations including charities, the NHS and the Ministry of Defence (MoD).

The report, We Also Served: The Health and Wellbeing of Female Veterans in the UK, was undertaken by the Veterans and Families Institute for Military Social Research (VFI) at Anglia Ruskin University (ARU), commissioned by Cobseo and supported by NHS England and NHS Improvement. It is the first research project to consider the full range of female veteran issues, capturing the lived experiences of women who have served in the UK Armed Forces.

The report suggests that women feel as though they must adopt masculine traits and accept masculine ‘banter’ to fit into the military environment, which may negatively impact on their psychological well-being during and after military service.

It also found that a large proportion of women in UK research and MoD reports indicate that they have experienced significant negative gender stereotyping and sexual harassment during military service.

The report makes a series of recommendations on how to improve life for women during and after military service, such as addressing gender-related harassment, discrimination and bullying during service, more research into career progression for female personnel, and ensuring veteran support services are suitable for ex-servicewomen.

Authors also call for the MoD to implement the findings of the Wigston review into inappropriate behaviours, published in 2019, as a priority, in particular around culture, behaviour and values training for all recruits.

There was concern over barriers to ex-servicewomen accessing support for veterans, as although many of the issues facing men and women upon leaving the Armed Forces are often the same, women are less likely to identify with the term ‘veteran’.

The authors identified 50 papers, published between 2000 and 2020, for inclusion in the study. Researchers analysed these papers and also carried out interviews and workshops with female veterans and experts who work with UK ex-servicewomen.

“Although it is clear that attitudes are slowly improving, there remains a lot to do to make women feel like they truly belong in the Armed Forces in 2021.

“Unfortunately the UK lags behind other countries such as the United States when it comes to research on women’s lived experiences in the military, and this report is the first to examine the full range of issues facing them.

“We hope the recommendations in this report will be acknowledged and acted upon as priority issues.”

“This is a groundbreaking report that highlights the full range of women’s lived experiences within the Armed Forces for the very first time. Whilst women have served for over 100 years and many have had positive experiences, this report provides an essential starting point for a holistic examination of the impact of past policies and actions, and delivers the evidence base needed for the Service Charity Sector and statutory bodies to provide tailored support and services to meet former servicewomen’s specific needs.

“The action plan provides a clear way forward for proper lasting change, and whilst it is not an easy read, this report is essential for all those interested in building the necessary cultural change to improve the long-term health and wellbeing of those women who have served and are serving.”

“We thank Anglia Ruskin University and Cobseo for their report into this important issue.

“Great strides have been made in this area; the majority of women have long and fulfilling careers in the military. Our Strategy for Veterans is aimed at improving veterans’ services through better understanding of their needs, including female veterans, but much more needs to be done.

“We are committed to improving the experience for women in the Armed Forces in every area of their lives. We will study this report’s findings and recommendations closely.”

The report will be launched at a virtual event this morning (22 June) which will feature a presentation by Dr Godier-McBard, and reflections from representatives of Cobseo, NHS England and NHS Improvement, The Office for Veterans’ Affairs, and the MoD on the significance of the research.