Love is in the air at all three Royal Star & Garter Homes this Valentine’s Day.

The charity is in the special position of having married couples in each of its care homes.

The charity celebrates special days throughout the calendar, such as UK patron saint days, Burns Night, Chinese New Year, Pancake Day and Hallowe’en, as part of its varied programme of activities.

This year, the Homes’ married couples will enjoy special activities as part of the Valentine’s Day celebrations.

At Surbiton, staff plan to treat the Hardings to a romantic meal for two in the Home’s café-bar area, with their favourite songs playing in the background. Rosemary will have her nails painted and be pampered by staff ahead of the special day.

At Solihull, every resident will receive a red rose, chocolate and packet of Love Hearts. They will also receive a Valentine’s card, telling them how special and loved they are. Home Activities Manager Charlie Wilson said:

“It can be a difficult day for some residents who have lost their partners, so our emphasis is on friendship, and to let them know they’re appreciated and loved by the charity.”

In High Wycombe, the Activities team will organise flower-arranging and other events, while on the day residents will enjoy a delicious dinner.

“For many people, the thought of moving into a care home signals the very real possibility of being separated from the person they love and have spent their lives with. The charity has a history of caring for couples, and I’m delighted that have three very special couples who will share Valentine’s Day together with us. We’ll make sure it’s a lovely day.”

Royal Star & Garter is once again welcoming new residents to all its Homes. Please visit www.starandgarter.org to find out more. 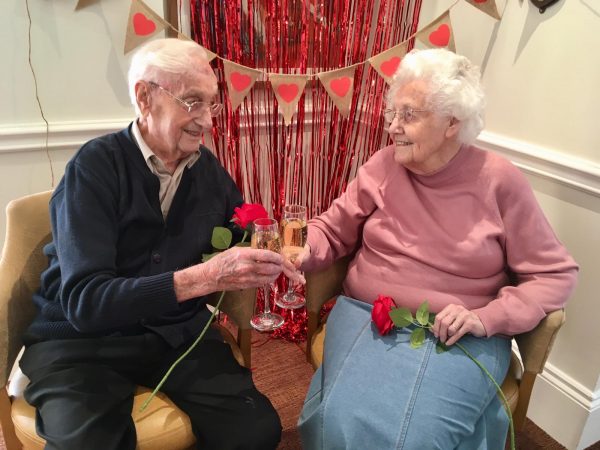 The couple celebrated their 70th wedding anniversary in August 2020. Harry, 96, served in the Navy during WWII, and Sue, 94 is a head teacher. They met at Manchester Station ahead of a weekend of rambling in Derbyshire, before marrying in 1950 and having two children. The couple said being together at Royal Star & Garter in Solihull means the world to them. Harry said:

“I can die and I don’t have to worry about what the problems will be. I know if I go first my wife will continue receiving the best care. There’s peace of mind for me.”

“I thought, ‘If I go first what will happen to Harry?’ I wanted him somewhere safe… And of course, we wanted to be together. We’ve been married 70 years, we don’t want to part.” 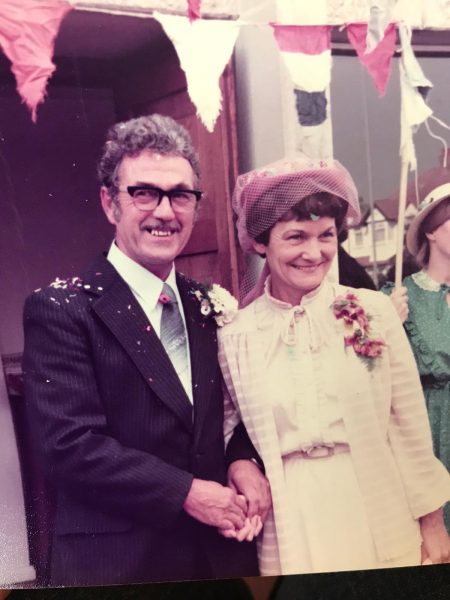 Bob, 89 and Rosemary, 87, met at a health food company where they worked together. Bob, who is now living with dementia, was in charge of transport and Rosemary worked in the office. They became friends and got together in 1970, before marrying in 1982. On their wedding day they were taken from the church to their reception in a horse and cart driven by a rag-and-bone man they knew. Rosemary, who said she used to receive cards and flowers from Bob on Valentine’s Day, said:

“I’ve just been living with somebody I love. We’ve been married nearly 40 years, and together a lot longer, but for me the time hasn’t really passed. Now, I feel lucky to be together with Bob at Royal Star & Garter.” 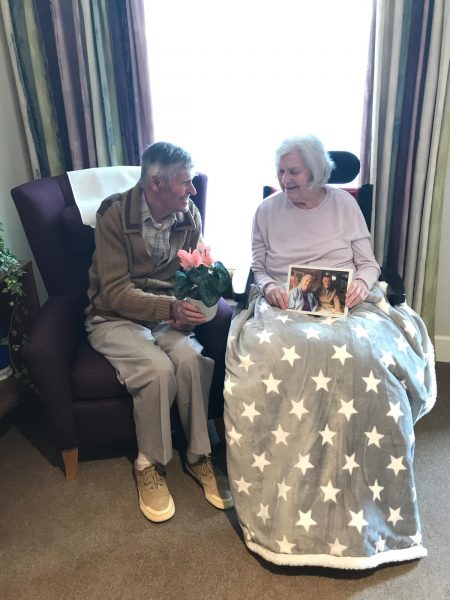 Neil, 86, served in the Army for his National Service. He met his wife Betty, now 92, at a judo club. They are both living with dementia at the charity’s High Wycombe Home. The couple married in April, 1969, at St Mary’s Church in Old Amersham. Remembering their first meeting, Neil said:

“There used to be a judo class on Wednesday evenings. I used to go along and help with the beginners. I walked in one evening and there was Betty, with a friend. She was talking to one of the other instructors and I went over to say hello. After judo we’d go across the road to a pub for a drink, and I offered her a lift home. And things took off from there. It means a lot that we are still here together, many years later, hand in hand.”