John Myers, 74, was diagnosed with mesothelioma in November 2018. He is currently not on any medication and awaiting to hear about treatment and trial options.

John, a former RAF pilot, lives in Poole with his wife and dog. He first noticed that something might be wrong when he began to get very breathless walking his dog in the hilly area around his home. John used to be able to do the daily walk with no problems. 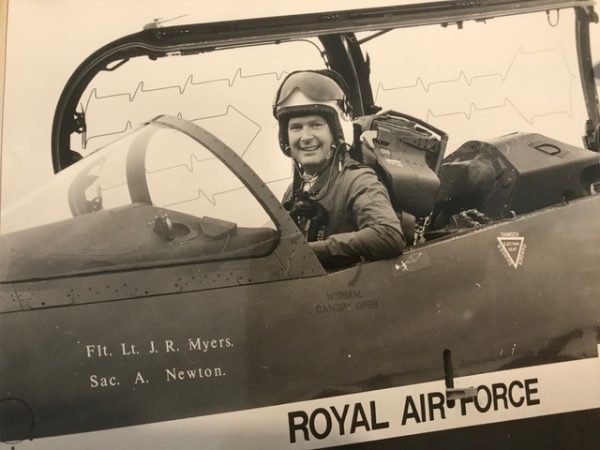 He visited his GP at the beginning of October 2018 and was sent for a chest x-ray at Poole Hospital. Following the x-ray, John was told that he needed a chest drain. 2.5 litres of fluid were drained from John’s chest on 19 October.

John felt much better for a little while but following another x-ray on 25 October, he needed another chest drain and a PET scan. He had the PET scan on 1 November and the second chest drain on 5 November when another 2.5 litres of fluid were removed. This time doctors performed a thoracoscopic talc pleurodesis to prevent the fluid build-up. Biopsies were also taken.

The next step was an ECG and blood tests on 13 November before the oncologist was able to give John the diagnosis of mesothelioma on 27 November.

Like many people, neither John nor his wife had ever heard of mesothelioma. They were able to spend some time with the lung cancer nurse who talked everything through with them.

John says that it’s such a shock to hear that you have a terminal illness that it’s hard to take it all in. They were told about the link between mesothelioma and asbestos, and John began to think back to where he might have been exposed.

John joined the RAF in 1968 as a pilot. He remembers being posted at RAF Honington in Suffolk, where he worked in buildings that were being renovated and converted. This wasn’t unusual back then and John recollects being covered in dust from the building works. That dust is the most likely cause of John’s exposure to asbestos.

Following his diagnosis, John was put in touch with HASAG, the asbestos disease support group covering the South and South East of England, London and the Home Counties. They team of Lynne, Lisa, Alison and Jo were “amazing” and introduced John to Mesothelioma UK’s specialist armed forces mesothelioma nurse, Helen Wilkes.

John says that HASAG and Helen have been a tremendous support, helping him to complete all of the necessary paperwork relating to benefits, providing information and putting him in touch with the Veterans’ Welfare Service.

Helen has been able to support John in a way which is relevant to him and his armed forces background. John says that Helen “understands the family affair of the forces and that’s a big help”.

For others who are diagnosed, John has this advice:

“Basically they say ‘you’ve got this disease, it is terminal, we can’t cure it but we can manage it’.

“You just think ‘Ah, wait a minute. That’s it, that’s the end’. But it isn’t, you can go on, and people and organisations are there to help you do it. You are not alone.

“At the moment, I’m in the very early stages but I suppose as times goes on, things are going to get sticky and that’s when I’m going to need the information to make my own decision about what I do next and that will be based on what Helen and other nurses tell me.”

John was filmed for Forces TV in July 2019 and you can see his interview at www.forces.net/news/health-and-fitness/UKs-first-asbestos-related-cancer-nurse-focus-military-patients

Jerry Lakin, whose wife died of mesothelioma earlier in December 2018, made a shocking discovery recently when he requested to see his armed forces record of service.

Jerry served in the RAF between 1973 and 1996. In 1984, he was based at RAF North Luffenham where he, and many others, worked in a converted hangar. He remembers an environmental health technician visiting the hangar and installing monitors. It was thought that they were to monitor dust levels but nothing was ever mentioned about asbestos. 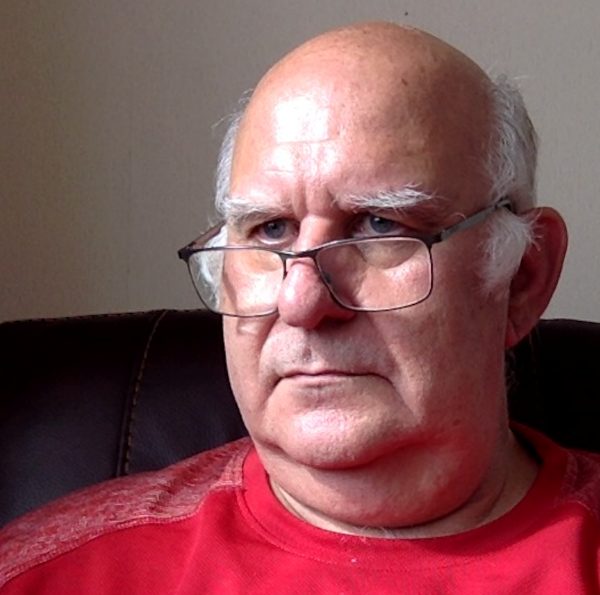 Jerry moved on and was based overseas and at other bases until 1993 when he returned to RAF North Luffenham. By this time, Jerry remembers that parts of the building were closed off and civilian contractors were there removing asbestos. Still nothing was mentioned to those working there about potential asbestos exposure, and at no point were they given any personal protective equipment.

Years later in 2015, and after Jerry had left the RAF, he was researching his father’s military career when he discovered that it was possible to request your personal record of service, which includes some medical records. Jerry ordered it and a large envelope of documents arrived.

Among the documents was a record of Jerry’s visits to the doctor, which were few and far between. However, the record card had been stamped with the words ‘This person has been employed in an asbestos environment’.

The fact that a stamp had been produced to mark the health records shows that there was a high number of people to whom it applied.

Realising that the asbestos exposure was known about but never mentioned to the personnel has shocked and angered Jerry. Being only too aware of mesothelioma and asbestos since his wife’s diagnosis, Jerry went to see his own NHS GP to have the potential exposure noted on his records as armed forces records aren’t transferred to NHS ones once a person leaves service.

Mesothelioma is notoriously difficult to diagnose and many GPs don’t routinely ask about asbestos exposure. It took four years for Jerry’s wife, Linda, to be diagnosed.

If a person is aware that they may have been exposed, and can inform their GP at the first sign of illness, it can be taken into account to potentially speed up diagnosis.

Jerry advises any former military personnel to access their record of service and inform their GP if they may have been exposed to asbestos.

Jerry’s wife, Linda, was a volunteer for Mesothelioma UK and was passionate about raising awareness of the disease. By sharing his experience, Jerry is carrying on her work and helping to inform others of the dangers of asbestos. You can read Linda’s story on our website in the Patient and Family Experiences section.

Development of the service is supported by Government funding from fines levied on the banking industry for manipulating the LIBOR rate (the London inter-bank lending rate).  Mesothelioma UK – Supporting our Armed Forces aim to raise awareness of the disease and establish a comprehensive  shared approach to providing mesothelioma information and support for armed forces personnel and veterans.