You are here: Home / News / News / Modern day Veterans return to battlefield to continue search for the Waterloo wounded 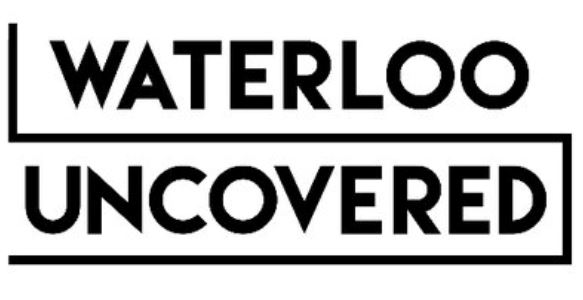 In July, the veteran support charity Waterloo Uncovered will return to the Waterloo battlefield in Belgium to conduct their first archaeological excavation since 2019. Being unable to conduct fieldwork during the pandemic was especially frustrating for the international team of archaeologists, historians, students and military veterans that make up the Waterloo Uncovered  excavation team, especially given the nature of the discoveries made just before the world went into quarantine. 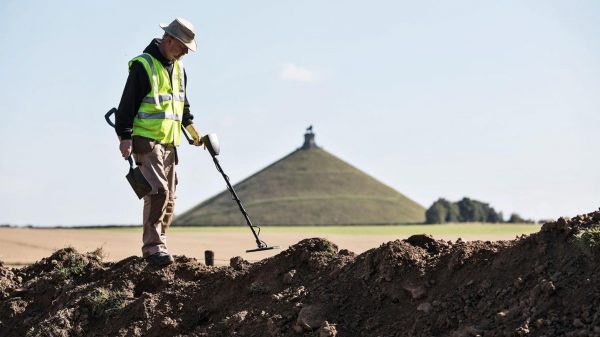 In the summer of 2019, the team was working at Mont-Saint-Jean farm, which served as the main Allied field hospital during the battle. It was here that the charity unearthed the remains of three amputated legs, one of which still had a French musket ball lodged in it. Human remains are an incredibly rare discovery on a Napoleonic battlefield, and after careful excavation, the remains were sent to Brussels for expert analysis. It is thought that up to 500 limbs were amputated by surgeons in the farm buildings during the battle, meaning that the limbs discovered three years ago could be just the tip of the iceberg, a possibility the team will explore when they return to Mont-Saint-Jean in July.

Professor Tony Pollard, one of the project’s Archaeological Directors, said:

“The three legs found by Waterloo Uncovered over two hundred years after the battle suggest that once the fighting was over the remains of amputated limbs were swept into the ditch like so much farmyard waste. It seems likely that more remains related to the battle and the men who fought it remain in the ditch, and so not surprisingly the team are keen to return to this location and continue work on this feature and its emotive contents.”

Elsewhere on the battlefield, Waterloo Uncovered has been given permission to excavate in the village of Plancenoit for the first time in the charity’s seven-year history. It is here, in the church yard and surrounding farms, that a ferocious clash took place when Prussian troops came to Wellington’s aid and fought hard to eventually gain control of this vital position from the French; a pivotal turning point in the Battle. Professor Pollard added:

“The team are particularly excited to shed light on the often-forgotten Prussian contribution through their discoveries. We hope we will be able to provide a more accurate, vivid picture of what happened at this vitally important site on the battlefield.”

What’s more is that this year, Waterloo Uncovered will conduct the first ever large-scale geophysical survey of the Waterloo battlefield, using cutting-edge geophysical technology. The survey, led by PhD candidate Duncan Williams, will guide Waterloo Uncovered’s summer excavations as the charity investigates anomalies that may indicate large collections of metal artefacts, or even the graves of those who fought and died at Waterloo. What makes this project so unique is the fact that veterans and serving military personnel (VSMP), many of whom have experienced physical or mental injuries as a result of their service, will be forming an integral part of the archaeological team. The charity uses archaeology as a tool to help service personnel find peace from the traumas of war, and in turn, VSMP offer a useful military perspective on the discoveries the charity unearths. This year there are 20 VSMP joining the project; 11 from the UK, 5 from the Netherlands, 3 from Germany and 1 from Belgium.

Liam Telfer is one of the British veterans joining the trip this year. Now a firefighter, he served in the Royal Scots Dragoon Guards and the Household Cavalry for over 15 years. Although he has participated in other Waterloo Uncovered support programmes, this will be his first excavation. He says:

“I joined the programme in September 2021 with a huge interest in the Napoleonic Wars which stemmed from childhood. I really wanted to learn more about conflict archaeology and doing it with WU has been better than I could have imagined. To be able to visit the actual battlefield with such esteemed academics who have studied it so closely is a dream come true. I really hope to learn as much as possible about methods of investigation involved in conflict archaeology. The excavation is also really important to me as it presents an opportunity to meet other veterans and share experiences from our time in service.”

David Ulke, a Wellbeing Support Lead at the charity and a veteran who served as a mental health nursing officer in the RAF for 27 years added:

“We strive to provide an inclusive and safe learning environment for our beneficiaries. We will be working hard with them in the hope and expectation that they will bond together as a group to ensure they gain the maximum amount possible from the goals they have set themselves and from the overall experience. Our results show that there is a measurable and sustained improvement in the psychological well-being of the VSMP who have participated previously, and this work will continue to help measure how this improvement influences transition into civilian life.”

The team departs for Belgium for a fortnight from 2 to 16 July 2022 and will be sure to unearth some fascinating discoveries.