The military experts at BFBS, the armed forces charity and media organisation, have launched a series of short, animated clips to support young people learn about key military conflicts in history. 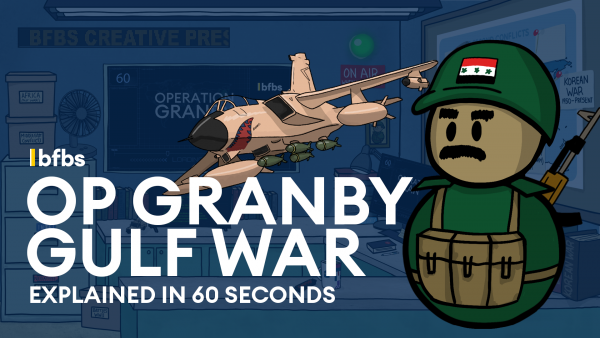 Developed with educationists to support GCSE level students with their syllabus, there are six poignant conflicts featured in the Explained in 60 Seconds series, which are explained in 60 second animated clips.

The series features fictional BFBS archivist, Professor L, who is challenged to explain conflicts from around the world against the clock. Professor L outlines the build-up to the conflict before embarking on her timed challenge. She reveals detailed information about the battles, casualties and the different sides involved. She also adds some interesting facts.

With many students concerned that they might be slipping behind due to the current COVID pandemic, the military experts at BFBS were keen to offer their support.

The clips will be released every few weeks via the BFBS Creative YouTube channel and the first episode can be viewed here https://www.youtube.com/watch?v=H4OOId5SguU.