You are here: Home / News / News / New research by national military charity shows more than half of the British public do not consider those who completed National Service to be veterans 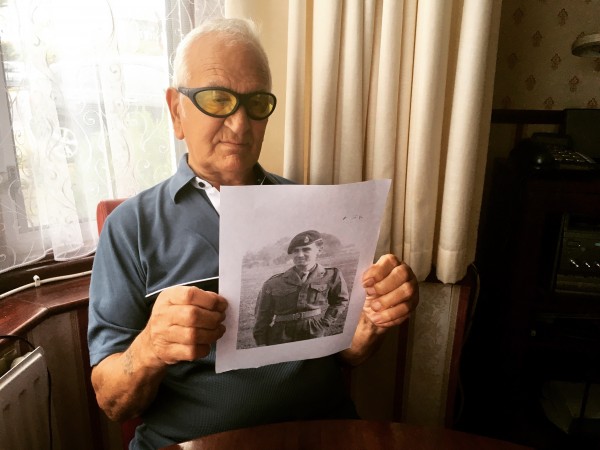 As the country enters its annual period of Remembrance, national military charity Blind Veterans UK is calling on the public to rethink who they consider to be a veteran in a bid to reach the thousands of ex-Service men and women battling severe sight loss would could be missing out on the charity’s support.

New research released today (30/10/17) and conducted by nfpSynergy, on behalf of Blind Veterans UK, the national charity for vision-impaired ex-Service men and women, found that more than half (54 per cent)[1] of the British public do not consider those who completed National Service to be veterans, and a further 57 per cent of the public do not consider those who served in the Armed Forces but who have never seen active conflict to be veterans.

The research also revealed that men were less likely than women to consider those who did National Service to be a veteran, with 61 per cent of men and 47 per cent of women saying they did not think of those who were conscripted for National Service to be veterans. This contrasts with higher levels of awareness for other types of veterans, such as those who fought in the Second World War, or in recent conflicts like the Falklands and Afghanistan. 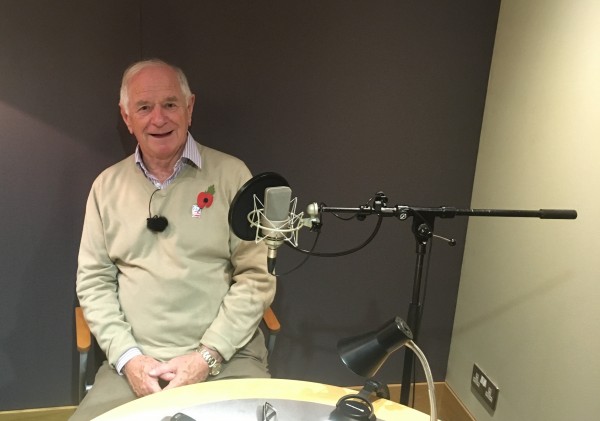 The charity, which was founded in 1915, believes that no one who has served our country should battle blindness alone, and supports a wide range of veterans from those who were injured in conflict to those who served many years ago and lost their sight in later life. Blind Veterans UK is concerned that misperceptions of who is a veteran may stop the estimated 59,000 ex-Service men and women battling severe sight loss coming forward to seek the support they deserve.

Blind Veterans UK’s Chief Executive, Major General (Rtd) Nick Caplin CB said: “This research reveals that public awareness of different types of veterans is not as high as we would hope, and more worryingly, it could dissuade vision-impaired ex-Service men and women coming forward to seek support. At Blind Veterans UK, we want to send out the message loud and clear that whenever you served and however you lost your sight, you’re a veteran to us and deserving of our support.”

The charity is launching a new campaign this Remembrance to reach out to veterans who could be receiving its free services and help. This includes radio advertising and Facebook adverts. It is being backed by TV presenter and Royal Air Force (RAF) veteran Johnny Ball.

Johnny, who is providing the voiceover for the radio advert, said: “This Remembrance, I’m proud to be backing the campaign by Blind Veterans UK to reach out to more veterans battling sight loss, particularly those who we might not generally think about as veterans. My time with the RAF made me recognise and appreciate the hard work and sacrifice of all members of the Service family, however or whenever they served.”

Essex National Service veteran Ken Towsey, 84, is also backing the charity’s campaign to broaden the public’s understanding of veterans. Ken was called up for National Service in 1951 aged just 18. He joined the Royal Army Medical Corps and was posted to Malaya, where he worked in a hospital as a surgeon’s aid, treating both military and civilians wounded in the conflict.

Ken said: “I witnessed some difficult sights – people who had been caught in the crossfire, bullet wounds and amputations. I just tried my best to look after the people in my care and to make sure that if the job had to be done, I did it well.”

Ken was demobbed in 1953, and lost his sight decades later due to glaucoma. He only found out about the support of Blind Veterans UK by chance in 2015, when he heard an article about the charity in his local talking newspaper.

Since joining the charity last year, Ken has received advice and equipment to help him live independently, visited the charity’s rehabilitation centre in Brighton for an induction week to help him adjust to life with sight loss, and enjoyed meeting other blind veterans at lunch clubs in his local community.

Ken said: “I never thought I’d be eligible for the support I’ve received because I was National Service, but I can’t imagine how things would be without the charity. Thanks to Blind Veterans UK I’ve tried out new activities like archery and mosaic making, but I’ve also been given small things to help me in my daily life, like a plate with a raised lip so that I can eat my dinner without making a mess. It’s these small things like that have really given me back my independence.”

Ken continued: “At this time of year lots of people are thinking about veterans, and you may be or may know someone who has served in the Armed Forces or done National Service and is now living with sight loss. If so, I’d really encourage you to come forward and speak to Blind Veterans UK, you won’t regret it!”

If you, or someone you know, served in the Armed Forces or did National Service and is now battling severe sight loss, find out how Blind Veterans UK could help by calling 0800 389 7979 or visiting blindveterans.org.uk/rethink

[1] Fieldwork carried out for nfpSynergy by Research Now, between 11 April and 24 May 2017 with a nationally representative sample of 1,000 adults aged 16+ in Britain. Respondents were given a list of different types of service and asked to agree with the statement ‘You are a veteran if you served in the Armed Forces during (example) (please tick all that apply): Percentages given reflect those who agreed/ disagreed with statements combined with those who agreed/disagreed with ‘all of the above’.

[1] Fieldwork carried out for nfpSynergy by Research Now, between 11 April and 24 May 2017 with a nationally representative sample of 1,000 adults aged 16+ in Britain. Respondents were given a list of different types of service and asked to agree with the statement ‘You are a veteran if you served in the Armed Forces during (example) (please tick all that apply): Percentages given reflect those who agreed/ disagreed with statements combined with those who agreed/disagreed with ‘all of the above’.