You are here: Home / News / News / Norfolk, be part of a fun campaign this festive season to ensure our wounded ex-servicemen and women don’t spend another Christmas apart from their loved ones

Norfolk, be part of a fun campaign this festive season to ensure our wounded ex-servicemen and women don’t spend another Christmas apart from their loved ones 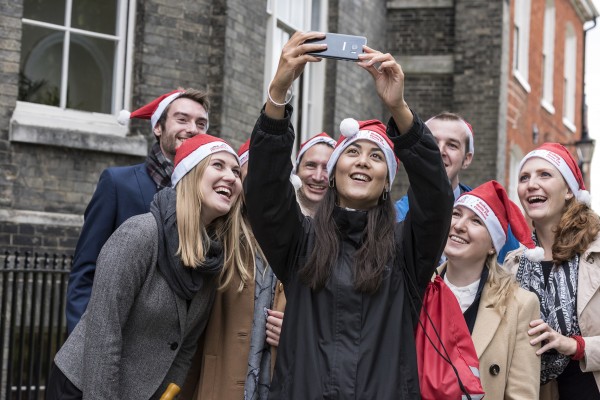 Military charity Walking With The Wounded (WWTW) is estimating it will treble the number of ex-servicemen and women it supports in 2018, following a 97% increase last year to more than 1,000. With Christmas fast approaching, for many a time of financial pressure and loneliness, more ex-service personnel than ever require support. “WWTW, Project Nova and Step into Health have all given me a lot of support and direction. The harsh reality is that without this support I would probably have ended up in jail,” says Sean from Norwich, who served as an Infantry gunner in 26 Regiment Royal Artillery for 6 years.

This December, Walking With The Wounded is asking the people of Norfolk to sign up to their Christmas appeal, Walking Home For Christmas, to raise vital funds for those wounded who have little to look forward to this upcoming festive season. The charity hopes to raise a quarter of a million pounds which will enable the charity to change the lives of more than 400 men and women. The campaign is proudly supported by Wolsey, who during World War 1 supplied over 18 million woollen jerseys, scarves and pieces of underwear to the British Armed Forces. [1]

Walking With The Wounded is also hosting a roadshow as part of the campaign this year. The charity asks that local supporters join them on Thursday 26th October for drinks at Be At One cocktail bar on Bank Plain in Norwich. It’s a free evening for supporters to meet a local beneficiary and learn how they can play a pivotal role in supporting our ex-servicemen and women this Christmas.

Evidence shows that there are still thousands of ex-service personnel like Sean who are struggling or haven’t yet sought the support they require. Walking With The Wounded’s mission is to support all ex-servicemen and women with physical, mental or social injury to gain the skills and qualifications necessary to develop new careers outside the military, re-integrate into society and provide long term security for themselves and their families.  In Sean’s case, after struggling with his transition from the Armed Forces he was contacted by Project Nova who discussed his work aspirations. In 2015 he successfully secured a place on a one year Access to Higher Education Course at City College in Norwich. He has since just begun studying Occupational Therapy at Northampton University.

WWTW’s criminal justice programme, Project Nova, works in partnership with police forces in order to identify local ex-servicemen and women within custody and provide them with early intervention support. Having completed a highly successful pilot in Norfolk and Suffolk, Project Nova is now expanding across the UK, particularly in the North East and West. Project Nova’s aim is to avoid further deterioration in the individuals’ circumstances which could result in them losing their jobs, a breakdown of their relationships or a possible custodial sentence.

This Christmas, Walking With The Wounded is asking the people of Norfolk to do a walk of any sort between Friday 8th – Sunday 17th December for our wounded ex-servicemen and women, those who without our support could be on the streets, without a job, isolated from their family, in debt or in prison. Sean says: “Christmas has always been a special time for me but I know it can be hard for others. Walking Home For Christmas brings the veteran community together to support those in need – those who are less fortunate than me.”

Last year, WWTW’s head office located in Stody, Norfolk walked 3.5 miles after work to a colleague’s home for a traditional Swedish smorgasbord and Christmas party. Last year, local law firm Birketts took part in Walking Home For Christmas in order to support local wounded ex-servicemen and women. Walks took place near their offices in Norwich, Ipswich, Cambridge and Chelmsford and covered over 50 miles in total. On the Norfolk Coast Path, the Mince Pie Walk welcomed locals for a 6.5 mile walk from Wells-next-the-Sea to Blakeney. Details for this year’s Mince Pie Walk are due to be confirmed soon.

In addition to supporting these vulnerable men and women, Rod Eldridge, Clinical Lead at WWTW, reminds us that: “Walking as a form of physical activity is well known to be associated with improving mental health, particularly lowering rates of depression and anxiety across all age groups.” It’s medically proven that people who do regular physical activity have up to a 30% lower risk of depression and up to a 30% lower risk of dementia. Some scientists think that it can improve mental wellbeing because it brings about a sense of greater self-esteem, self-control and the ability to rise to a challenge.[2] Thus contributing another reason why WWTW is urging Norfolk to get out and about this December, get active and in turn serve those who have served us.

Established in 2010, Walking With The Wounded provides vulnerable veterans’ independence through employment.  WWTW recognises the inherent skills of our armed service personnel and wants to compliment these qualities, as well as provide support to transfer their skills into the civilian workplace.  We offer assistance through our programmes to those vulnerable veterans who have been physically, mentally or socially disadvantaged by their service and assist them in gaining independence through new long term careers outside of the military.  This includes providing support to those veterans at risk of homelessness and veterans in the Criminal Justice System, areas which are too often ignored.

The outcome? Sustainable employment and independence for themselves and their families.

Find out more at www.wwtw.org.uk