The UK’s largest holiday park operator, Parkdean Resorts, has announced a partnership with SSAFA, the Armed Forces charity, to help raise money to support serving personnel, veterans and their families. 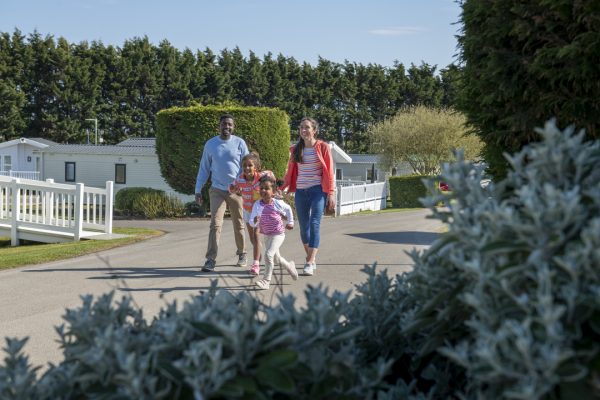 Parkdean Resorts is delighted to announce their partnership with SSAFA, the Armed Forces charity to help raise money to support serving personnel, veterans and their families for 2021.

As part of this partnership, seven of Parkdean’s holiday parks will work with their local SSAFA branches to support the Armed Forces community. They will work with SSAFA volunteers to support with events, such as the Big Brew Up and Veterans Christmas lunches, as well as raise money for the charity.

The seven holiday parks will participate in one of SSAFA’s main fundraising events, the Big Brew Up, set to take place during Armed Forces Week from 21-26 June. A percentage of sales from Parkdean’s Afternoon Tea product will be donated to SSAFA.

Parkdean resorts employees can help to raise further funds on an individual basis by participating in a range of challenge events, including Ride to the Plain, 13 Bridges Challenge and Trek the Balkans.

The parks set to be involved in the fundraising efforts are Cayton Bay – in Yorkshire, Trecco Bay – in Porthcawl, Camber Sands – in Sussex, Lizard Point – in Cornwall, Ty Mawr – near Abergele, and Sandford and Warmwell – both in Dorset.

SSAFA is the UK’s oldest national tri-service charity providing welfare, health and support services to serving personnel (including reservists), veterans, and their families.

“The work our Armed Forces do is admirable and we are delighted to have partnered with SSAFA to support their fundraising efforts. We asked our staff for suggestions of charities we could partner with, and several team members suggested SSAFA, so it is clear that our people are passionate about the work the charity does.

A number of SSAFA’s local branches around the UK are located near our parks, so we will be able to work at both a national and community level. We will be putting our best efforts into our fundraising activities as a company and hope to raise as much money as possible for a truly worthy cause.”

“We are delighted to be partnered with Parkdean Resorts. Our SSAFA branches work tirelessly to support the local Armed Forces community, so the support from Parkdean Resorts will be greatly appreciated. We would like to thank the employees at Parkdean Resorts for choosing to partner with us and look forward to working with them closely.”