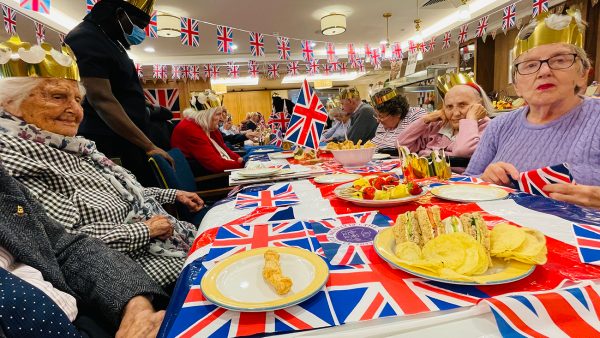 They attended street parties, took part in Derby day fun, listened to live music and watched the celebrations unfold live on TV as they joined in the national festivities. 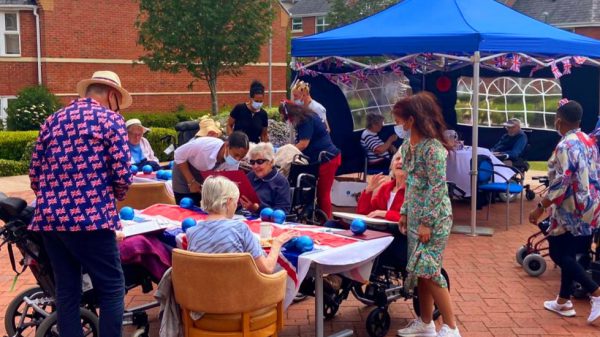 Royal Star & Garter is a charity which provides loving, compassionate care to veterans and their partners living with disability or dementia, and has Homes in Solihull, Surbiton and High Wycombe. Her Majesty The Queen has been its Patron since 1953. 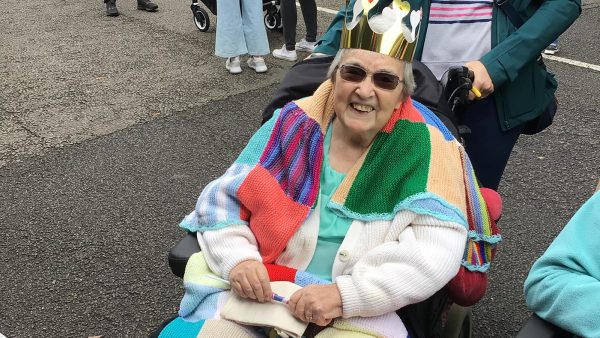 Princess Alexandra, The Queen’s cousin, and Royal Star & Garter’s President, also wrote a letter to each resident in the Homes. In it she says:

“As we celebrate the Platinum Jubilee of Royal Star & Garter’s Patron, Her Majesty The Queen, I can draw a parallel between her long and dedicated service to our nation and your own. Either by serving directly in the Armed Forces, or supporting those who have, you have shown incredible courage, dedication and self-sacrifice.”

ABF The Soldiers’ Charity helped the Homes prepare for the revelries, by providing Jubilee decorations, including bunting, tablecloths, crown hats, napkins, and flags, and a tin of shortbread for each resident.

Residents at Solihull made their own special Jubilee card for The Queen, and planted her favourite flower – Lily of the Valley – in the Home’s garden. There was live music throughout the weekend and, on Sunday, residents were treated to a street party buffet. Residents watched the Trooping of the Colour, the Thanksgiving Service at St Paul’s Cathedral and the Epsom Derby on TV.

In Surbiton, residents also watched the Trooping of the Colour on the big screen, while enjoying strawberries and cream. On Friday they also tuned into the St Paul’s Cathedral Thanksgiving Service, and later that day were entertained by Surbiton HCA Jodie Halls. Residents at the Home also attended street a party on Langley Avenue, and finished off the celebratory weekend with more live music from Swing Time Sweethearts, a Royal quiz, and high tea.

Residents at High Wycombe also tuned in to watch the Jubilee events live on TV. During the long weekend they also enjoyed an indoor street party with entertainment, and live music from Lest We Forget.

“The Queen has been a constant in the lives of our residents, so they were thrilled to take part in celebrations marking her 70-year reign. As a charity, we were also delighted to mark our Patron’s Platinum Jubilee.”

“We are delighted to join in the Platinum Jubilee celebrations with veterans, many of whom will have their own fond memories of Her Majesty The Queen as a young Princess and her Coronation in 1953. We treasure our close relationship with Royal Star & Garter and the veteran care home community, as we pay tribute to Her Majesty’s 70 years of devoted service. We are immensely privileged that she has also served as our Patron since 1953. Throughout the decades, her unwavering sense of duty and loyalty has been an inspiration to the whole Army family.”

Royal Star & Garter is welcoming new residents. For more information on this, or to work for the charity, go to www.starandgarter.org