You are here: Home / News / News / Playwright from Mold to host illustrated talk for military charity

Playwright from Mold to host illustrated talk for military charity 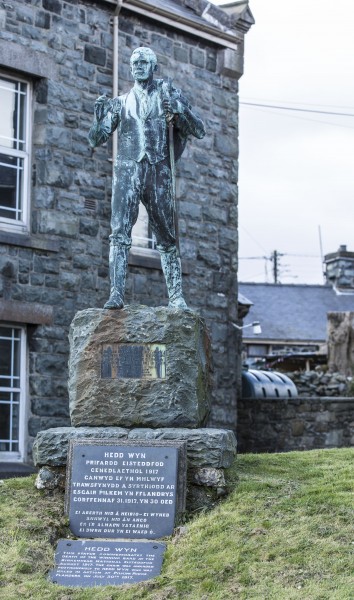 A playwright from Mold is set to host an illustrated talk on Soldier Poets of the First World War, with the proceeds going to Blind Veterans UK, the national charity for vision-impaired ex-Service men and women.

Micheal Stevens will be hosting the event on Monday 8 May at Mold Library, with the poetry being read out by a selection of actors. As a writer, he’s had plenty of experience in putting on similarly theatrical events. He says: “I mostly specialise in plays that are rooted in our local community, for instance the Mold Riots of 1869. The company I write for now, Suitcase Theatre, began life with a production of ‘We’ll Keep A Welcome’, a play about evacuees who came to North Wales from Merseyside in 1939.”

Mike’s latest project will feature an array of poetry written by Soldier Poets who Served in the First World War. Their first-hand experience, Mike asserts, lends an invaluable perspective, and one he’s looking forward to sharing. He explains: “Poets such as Hedd Wyn, Wilfred Owen, Rupert Brooke and Isaac Rosenberg were there on the front line. Unlike earlier poets who wrote about the First World War, they have first-hand experience and so are able to lend a degree of authenticity not often found in this field.

“I’ve also made sure that the poetry brings an international perspective. We’ve got English poets, Welsh poets, Irish poets and German poets. It’s often quite easy to forget that the opposing side endured similar experiences. We’re hoping to cover it all.”

Mike’s support of the charity stems in part from his own experience as a soldier. He explains: “I did National Service in another century! As a result, Blind Veterans UK has long been amongst the charities I’ve supported.”

‘Soldier Poets of the First World War’ will be taking place at 7pm on Monday 8 May at Mold Library in the first floor @nswers centre. Admission will be free though donations to Blind Veterans UK will be welcomed.