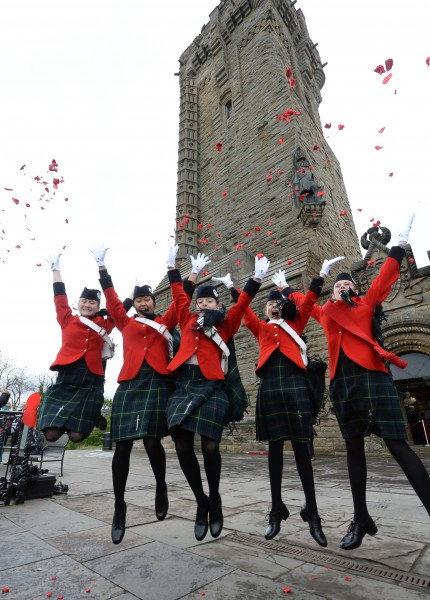 Poppyscotland has released 46,000 Poppy petals from the top of the National Wallace Monument, in Stirling, to commemorate the end of the Battle of Arras. At precisely 11am this morning (16th May), the poppies fell with each petal representing a Scottish soldier who lost their life or was wounded during the conflict.

The Battle of Arras in the spring of 1917 saw the greatest concentration of Scottish battalions of any during the First World War. It was also one of the bloodiest. Gordon Michie, the Head of Fundraising at Poppyscotland, said: “The sight of thousands of poppy petals gently fluttering to earth was a dramatic and fitting way to mark the centenary of the Battle of Arras.

“It was also a moment to remember those for whom the poppy is a symbol of hope today and to show our support for the Armed Forces community living in Scotland. We were delighted so many were able to come along and witness the poignant spectacle of the Arras Petal Cascade.”

Ken Thomson, from Stirling District Tourism, the charity which operates the National Wallace Monument, said: “Steeped in history and Scottish heritage, the monument pays tribute to one of the country’s most iconic heroes, Sir William Wallace, and it is a real honour to have staged this dramatic and poignant moment in the history of Poppyscotland and its support of the Armed Forces.” 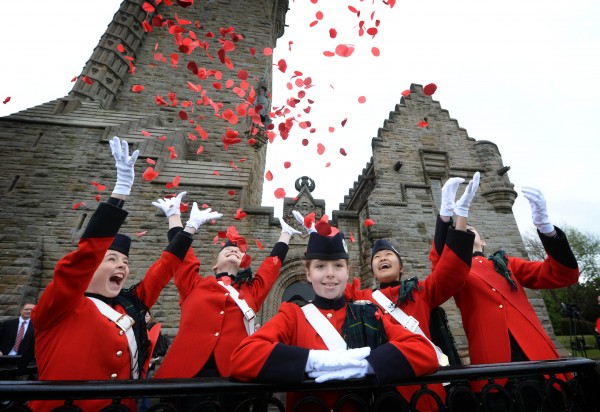 Stacey Burlet, Director of Children, Communities and Enterprise at Stirling Council, added: “The poppy petal cascade at the National Wallace Monument was a memorable and fitting tribute to those who bravely fought in the Battle of Arras. It was a stunning yet thought-provoking display, providing an opportunity for everyone to reflect on the value of democracy and times of peace.”

The Battle of Arras was fought in April and May 1917 to support a French offensive on the Aisne by diverting large numbers of German reserves to the north. It is not one of the better known battles of the First World War, but it deserves to be remembered for a number of reasons.

For the Scots, it was the biggest battle ever undertaken. Three Scottish infantry divisions took part in the assault and, of the 120 participating British infantry battalions, 44 were from Scottish regiments. This made the entire force seven times larger than Robert Bruce’s army which had fought at Bannockburn in 1314.

At the end of the battle, which had begun on the morning of 9th April and concluded in the middle of the following month, the British had suffered around 159,000 causalities, 46,000 of whom were Scots. Arras was the last time in the War when so many Scottish formations would be on the same battlefield at the same time.