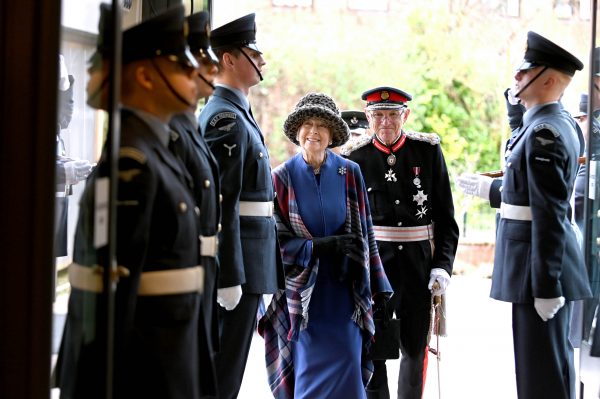 Her Royal Highness was taken on a tour of the state-of-the-art Home during the visit on Thursday, 20 February, and also watched as residents took part in cookery and art activities.

Royal Star & Garter provides loving, compassionate care to veterans and their partners living with disability or dementia, and welcomed the first residents to its £25 million Home in High Wycombe last April. The Princess has been the charity’s President since 1964. 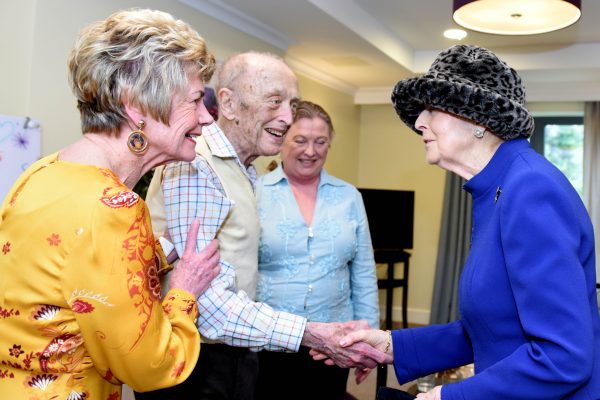 During the tour Princess Alexandra dropped into a pizza-making session in the Home’s specialist dementia care area, and later visited the activities room, where a group of residents were sketching still-life.

Princess Alexandra met 101-year-old Geoff Smith, who fought in Burma during the Second World War, and John Walmsley, a former Grenadier Guard who took part in The Queen’s coronation in 1953. Her Royal Highness also spoke to other residents, relatives, nurses, carers and physiotherapy staff, and received a posy from 101-year-old Ena Mitchell, whose husband Bill was killed in action in Belgium in 1944.

Speaking at the official opening, Princess Alexandra paid tribute to all those who have created the Home. She said:

“It is an extremely impressive new addition to the charity. May I offer my congratulations to all those involved in its conception, construction and opening, which has been a huge task over many years. I’m sure that the residents will enjoy all the excellent facilities available in what is most importantly, their home. I wish all the staff and volunteers well in this wonderful new building and look forward to the charity opening more homes and services for the veterans in the future.”

“It is a great honour to have Her Royal Highness Princess Alexandra officially open our new High Wycombe Home. This Home means that we can provide our specialist care to even more veterans in their time of need.”

“It was a pleasure to welcome the Princess and to introduce her to our wonderful residents and staff here. We’re immensely proud of the Home and the care we provide, and we’re already looking forward to welcoming her back again!”

Throughout its 104-year history, Royal Star & Garter has been at the forefront of innovations in care to help its residents, and also has strong links to Buckinghamshire. It worked with pioneering spinal injuries expert Dr Ludwig Guttmann from Stoke Mandeville Hospital and its residents took part in a wheelchair archery competition he arranged between the hospital and the charity in 1948 and 1949. This was the forerunner to the Paralympic Games.

Among the guests at the Home in Hughenden Avenue was Invictus Games athlete Luke Delahunty. RAF veteran Mr Delahunty, from nearby Aylesbury, represented the UK twice at the Games in hand cycling and rowing. He also toured the Home and met residents, including Gary Ward, a younger veteran who takes respite care at the High Wycombe Home. Mr Delahunty said:

“It’s been a really special day. The facilities here are great and the Home is really impressive. It’s great to meet so many veterans. The military connection we all share never goes.”

Our charity provides loving, compassionate care to veterans and their partners living with disability or dementia.