Around 30 crew members played in the match, which took place on Wednesday 27 November, and saw sides named after their managers – Team Daz and Team Kurt. The entertaining and high-scoring match ended with Team Daz triumphing 184-144. 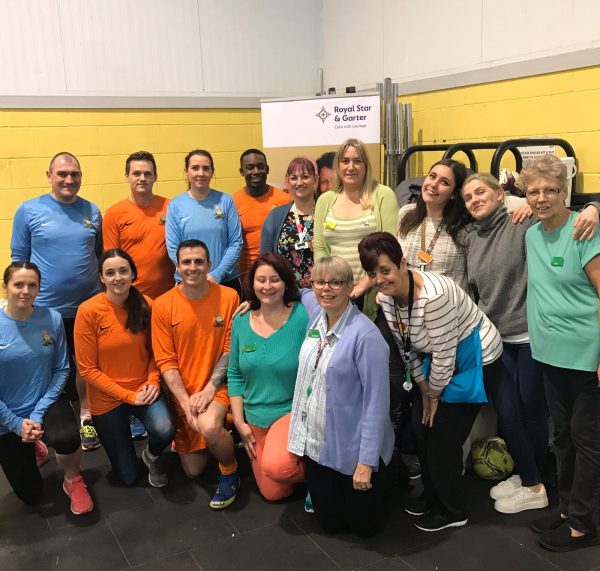 The five-a-side match was played in the station’s gymnasium and kicked off at 8am, with the referee blowing for full-time at 8pm. The fundraisers hope to collect £500 for the Royal Star & Garter, which provides loving, compassionate care to veterans and their partners living with disability or dementia.

The charity opened its new Home in High Wycombe in April, and has developed a close relationship with the station in that time. Some crew have expressed interest in volunteering at the Home, while others also attended its Remembrance Day service, which was led by Padre Squadron Leader Chrissie Lacey. 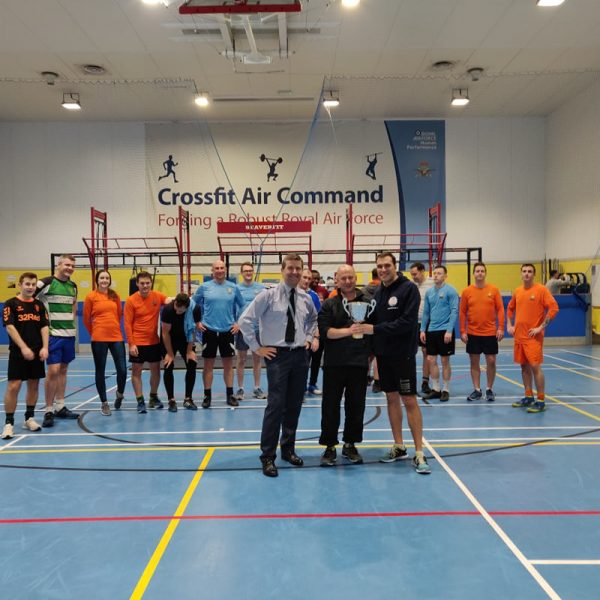 Among those playing was Sgt James Fleming, who helped organise the event. He said:

“I hit the wall after about six hours of football, my legs and especially my knees had seized but I knew I had to carry on. All players who completed the 12 hours of football were shattered.”

“I visited the Home when they had a volunteers information evening and again for its Remembrance service. The building is very impressive, and during a walk round I was able to see the rooms and recreational areas. We were extremely impressed with everything that was on offer to the residents. The staff are incredibly welcoming and could not do enough for us. So it’s been an honour to support this amazing charity.”

“As a military charity, we’re so happy to have such wonderful support from RAF High Wycombe. Residents look forward immensely to their visits, and so do staff. It’s always a pleasure to have them in the Home, and we’re delighted that they have raised money for us through this epic football match.”

The Charity has launched a day care service at the High Wycombe Home. It also has Homes in Solihull and Surbiton.

You can still show your support to the RAF personnel and help them reach their £500 target by sponsoring the football match here: https://www.justgiving.com/fundraising/james-fleming-cm-12hr-footy

For more information about life with Royal Star & Garter go to: https://starandgarter.org/our-homes-and-care/life-in-our-homes