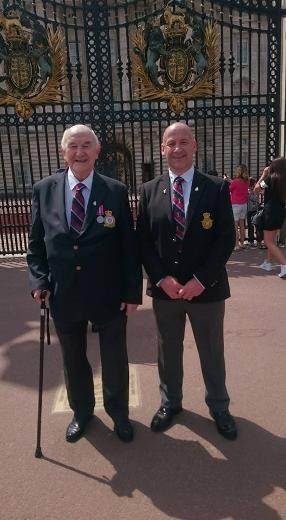 After attending a Not Forgotten Association Christmas Lunch in 2015, RAF veteran Ken Allen took his father to the charity’s 2016 Garden Party at Buckingham Palace. They were both so impressed with the event that Ken decided to take part in the Great North Run to show their gratitude. He completed the half marathon course in just over 2 hours and raised an impressive £616. Ken has said that he will be running in other events to help the charity support many other veterans in the future.
URL: http://www.nfassociation.org/raf-veteran-raises-616-to-say-thank-you/