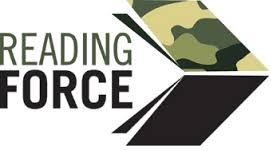 For ten years Reading Force has encouraged Forces families with children of all ages to share books during deployments and with wider family members, building bridges with books and stories across distance and providing valuable common ground. 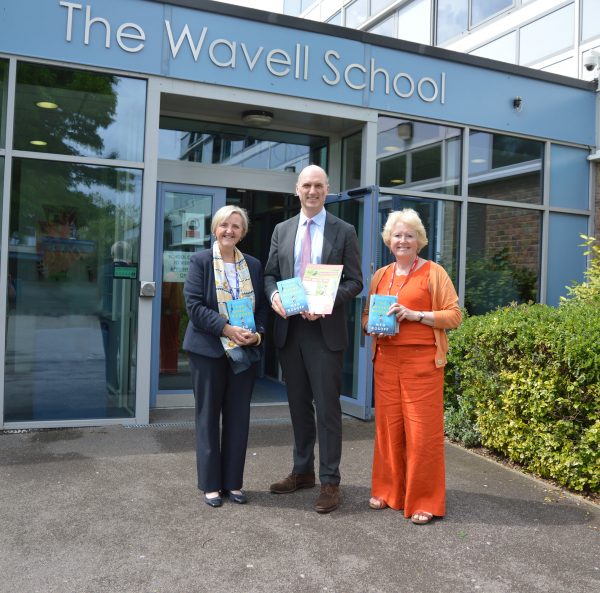 On Friday 25 June, founder of Reading Force Dr Alison Baverstock returned to The Wavell School in Aldershot, home of the British Army and where the initiative was first launched in 2011 by Carnegie Award winning author Meg Rosoff. To mark the ten years of activity supporting Forces families, Meg Rosoff again delivered a wonderfully entertaining talk for pupils at Wavell, screened in all classrooms, sharing her thoughts on being a writer and answering pupils’ questions.

Reading Force were keen the pupils could experience a special event despite covid restrictions, and alongside the screening each Forces pupil was given a signed book, either by Meg herself, or a Frank Cottrell-Boyce title, chosen by Meg for the younger children.

“As Headteacher of the Wavell School, I was thrilled to host this 10th Anniversary Event for Reading Force. We had had the privilege of helping launch the programme 10 years ago and it was super to see the team again. Thank you for the novels and gifts you brought for our Forces Families, these will be distributed according to COVID bubbles as soon as possible. Wavell students are already fans of Meg Rosoff novels so they will be delighted! Thank you Reading Force for all that you do in support of the Nation’s children.”

“As MP for Aldershot, I was delighted to hear that Reading Force began here, and in particular to celebrate its return to Wavell School, to mark its tenth anniversary. It’s staggering to think that in the intervening period 170,000 reading scrapbooks have been circulated and that’s a tremendous achievement. I was delighted to hear that the project is available to all Forces personnel, at all stages of life, from Forces child to veteran. While I wish Reading Force had been around when I was in the Army, I was thrilled to find out that now I am a veteran, my family and I still qualify. Here’s to the next ten years!”

Leo Docherty, MP for Aldershot and Minister for Defence People and Veterans

During the last ten years Reading Force has sent 21,000 books to Forces children and families and distributed 170,000 scrapbooks in partnership with schools, settings, and Forces welfare organisations. Families say doing Reading Force helps them keep in touch with loved ones who are deployed and family living far away, and most of all that it’s fun to participate.

For more information on Reading Force and to find out how schools and settings can get involved, or to interview Alison Baverstock, please email hattie@readingforce.org.uk