You are here: Home / News / News / Remembering the 100th anniversary of The Unknown Warrior

Remembering the 100th anniversary of The Unknown Warrior

This year, on 11 November, marks the 100th anniversary of the Unknown Warrior – an unidentified body chosen to represent all the soldiers, airmen and sailors who were lost in the First World War. 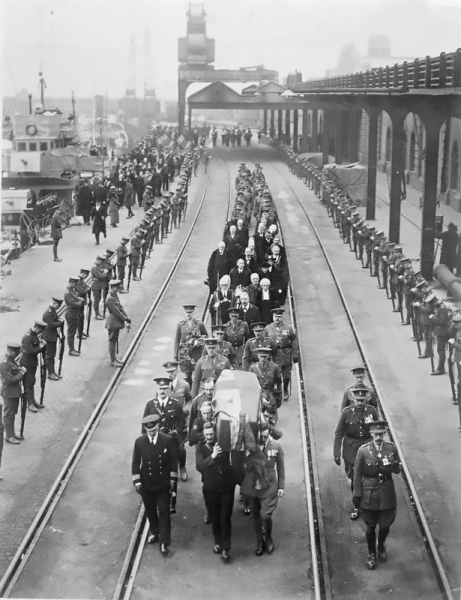 Brigadier General Louis John Wyatt was the General Officer in command of British troops in France and Flanders, as well as Director of graves, registrations, and enquiries. In this capacity, in a makeshift chapel at St Pol in France, Wyatt chose the body of a soldier to represent the Unknown Warrior. This unidentified body was chosen to represent the many lives lost and was buried with reverence in Westminster Abbey.

“Bringing to life the story of how the Unknown Warrior was selected, and Brigadier General Wyatt’s part in it, is of national importance, not least given the comfort many households drew after the Great War from the thought that the Serviceperson might be their relative.  Marking the 100th anniversary of the burial of the Unknown Warrior in Westminster Abbey is a time to reflect again on the service and the sacrifices made by those in our Armed Forces; SSAFA is there to honour that debt, as we were 100 years ago, for those who need assistance.”

SSAFA, the Armed Forces charity encourages the public to take a moment to remember the Unknown Warrior and those who never made it home. Show your support for this poignant moment of military history, and for the vital work that SSAFA carries out today at: ssafa.org.uk/unknownwarrior100