The winners of the Royal Star & Garter Sensational Gardens fundraising competition have been announced. 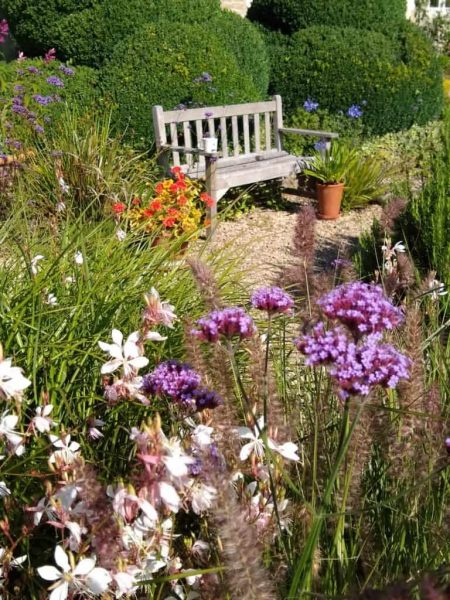 This photo, featuring a bench which belonged to Alison’s mum Julie, won the ‘Favourite part of your outdoor space’ category

Residents at the charity’s three care homes, who judged the entries, said they were wowed with the quality of the entries.

Among the winners was the green-fingered daughter of a Surbiton resident, while another supporter scooped a prize with a photo of his young son in a plant pot. 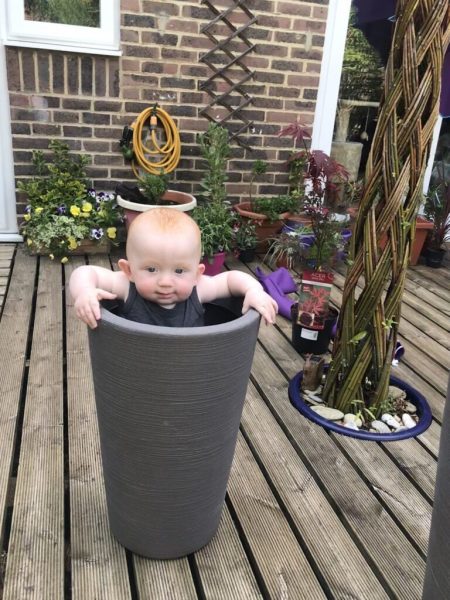 This photo of Richard’s son Benjamin won ‘Your happiest moment in the garden’ category.

Participants had been asked to enter photos or videos of their botanical efforts for judging by the residents, with a £50 garden centre voucher for each category winner up for grabs. All entries were anonymised before shown to the residents for judging.

The Sensational Gardens competition was launched in July following the increased interest in gardening following the COVID-19 lockdown.

Alison Ukleja triumphed in the ‘Favourite part of your outdoor space’ category with Julie’s Bench, named after her mother, who has been cared for at Surbiton for five years. She said:

“I inherited my love of gardening from my Mum. Her garden used to look like a mini-Kew Gardens with palm trees. My ‘favourite outdoor space entry’ is my Mum’s bench. It used to sit under a palm tree and she sat on it every day. When I sit on it I feel very close to her.” Alison also said she had donated her gardening vouchers to Royal Star & Garter: “I didn’t enter to win, I entered to take part and support the competition. I’m very happy just to do that, and I’d rather give the vouchers back to the charity.”

Richard Bruce won ‘Happiest moment in your garden’, with his photo of nine-month-old Benjamin happily sitting in a pot. Richard said:

“We were in the garden and Benjamin was being a little monkey, so I placed him in the plant pot for a few minutes. I’m really pleased to win. We’ve just moved into a new home, so the vouchers will be spent on new plants for the garden.”

Residents enjoy spending time in the gardens in the three Royal Star & Garter Homes. They tend to flowers, grow fruit and vegetables in raised beds, and enjoy relaxing in the beautiful surroundings. It is a vital part of the holistic care and well-being the charity offers to residents.

One resident, who helped take part in the judging, said:

“It was such a joy to see some of the beautiful gardens. Well done to the winners, and thank to you all who entered.”