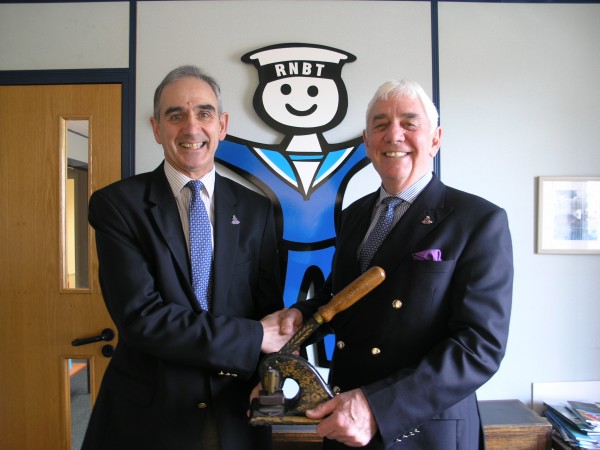 Commander Stephen Farrington (pictured on the right), the Royal Naval Benevolent Trust’s (RNBT) Chief Executive since 2007, has handed over to Commander Rob Bosshardt.  Stephen is retiring following a full naval career initially as a Shipwright and latterly as a Marine Engineer followed by a spell running a 2,000 MW coal fired power station before taking on the RNBT.  Rob left the RN in 2006 and has worked in the education sector since.  Stephen said “I’m sad to be leaving such a super organisation that has done and continues to do so much good for so many people over so many years but I’m pleased to be handing over a slick and caring operation and I know Rob is looking forward to leading the Trust through its next chapter.”