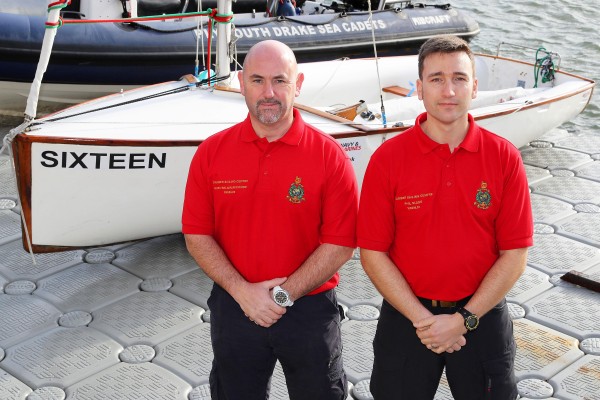 The second Bosun Dinghy endurance challenge takes place in May 2017. Crew members will be wearing new T-Shirts which show the charity they will be raising funds for ‘Bowel Cancer’. *** Local Caption *** Mark Belamarich MBE (L) age 45 from PLymouth and Phil Slade (R) age 32 from Plymouth.

Two sailors have been backed by two charities as they plan to break their own dinghy endurance world record.

Their spectacular voyage of 309.25 nautical miles was recognised by Guinness World Records as the longest distance ever sailed in a double-handed dinghy.

Over the first three weeks in May this year Mark (a sea survival instructor with 1 Assault Squadron Royal Marines), and Phil (from the RN/RM Sail Training Centre at Royal Marines Stonehouse) will try to break their own record by sailing over 500 nautical miles of open sea from Plymouth to Faslane in Scotland.

Mark has a very personal reason for supporting Bowel Cancer UK not only did he survive the disease but his family is living with the consequences. He said: “It’s a privilege in supporting the two charities, bowel cancer has caused much sadness through the generations within my family, raising awareness for those under 50 in particular the 20-30 age range is extremely important. Early detection means better survivability – at 26 I thought my world had fallen apart now at 45 it very much alive.”

Phil explained why the pair are taking on such a testing challenge: “We are very privileged to be able to raise awareness and funds for the RNRMC and Bowel Cancer UK, especially doing what we love to do. We are pushing the bounds of the envelope and taking Bosun sailing to the next level, in hope that whether you are a sailor or not, you will understand what we are taking on for these brilliant charities.” 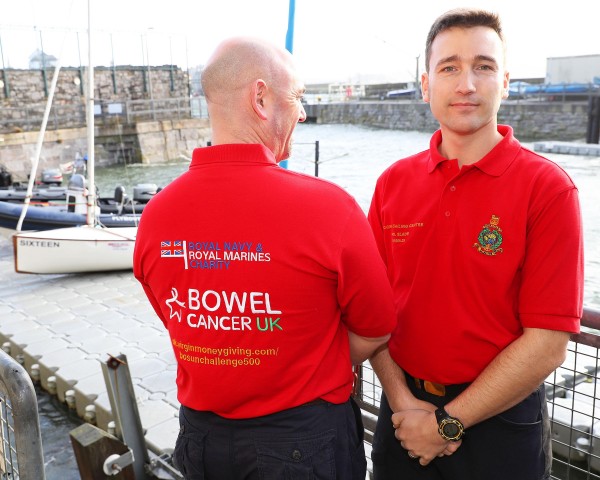 Photographs for publication regarding this – and other stories – are available from the Defence Imagery Database at http://www.defenceimagery.mod.uk/fotoweb – further details of the Royal Navy, including current and former operations, are available at www.royalnavy.mod.uk.

1917 – 2017: WRNS100 – Celebrating the formation of the Women’s Royal Naval Service and its influence on opportunities for women in today’s Royal Navy