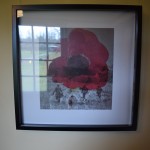 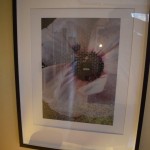 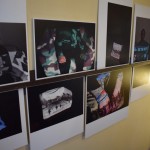 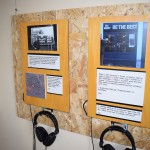 South West based charity Alabaré were amongst those who were invited to attend the launch of ‘Salonika Reflections’, an exhibition of art developed by service users from Alabaré’s Wiltshire Home for Veterans, curated by the artist Susan Francis.

In a series of creative workshops, our veterans studied photos and records from soldiers who served in the Salonika campaign in the First World War.  They related these to their own personal experiences from their time spent in the military, creating an exhibition which crosses the boundaries of time.

The exhibition is being hosted at Sandham Memorial Chapel, which itself is famous for the artwork of Sir Stanley Spencer. The walls inside are adorned with his work which relates to the time he spent serving in World War One.

The exhibition is part of the wider ‘Away from the Western Front’, which is a Heritage Lottery Funded First World War Centenary project highlighting the campaigns which took place outside of France and Flanders, including the Middle East, Africa and the Balkans.

Robin Clutterbuck, National coordinator for Away from the Western Front said;

‘We’re delighted with the exhibition at Sandham Memorial Chapel, which has been a major contribution to the ‘Away from the Western Front’ project. Working with homeless military veterans through Alabaré has enabled us to see the events of the First World War from a completely new perspective. It has been a privilege to be a part of the project.’

‘The project ‘Away from the Western Front’ aims to pass on the history of the lesser-known campaigns of the Great War to a new audience. When asked, as lead artist of the project, to suggest participants, I couldn’t think of a better group to be tasked with the responsibility to carry on these stories than the veterans in Alabaré’s homes today, who, themselves, have faced their own battles.

We had an amazing time learning about the Salonika campaign, creating artwork which encapsulates our responses and making the trip together to Sandham Memorial Chapel, the inspiration for the work. I am thrilled with the resulting exhibition of their artwork and it has been a great privilege working on the project.’

The exhibition will be running until November with more information on the venue available at – https://www.nationaltrust.org.uk/sandham-memorial-chapel