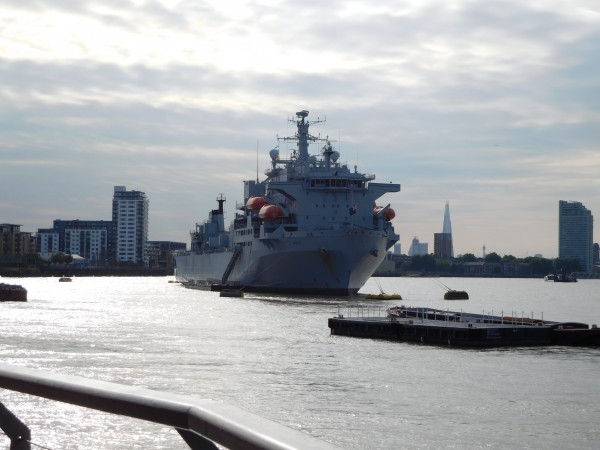 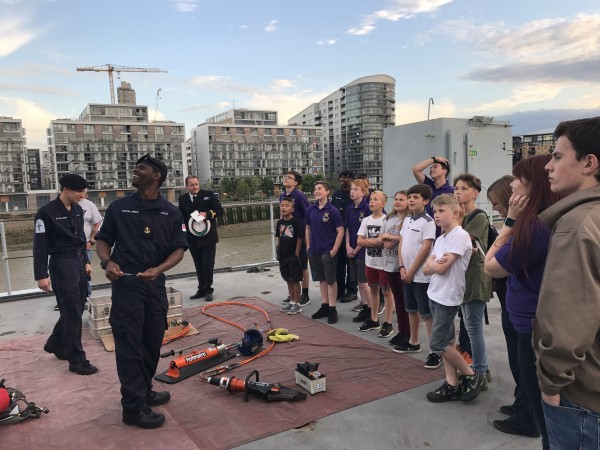 100 young people and volunteers from Sea Cadets units in Beckenham and Penge, Bexley and Lewisham, Orpington, Southwark, Sutton, Chelmsford, Maldon and District and Thurrock visited the vessel moored at Greenwich on Monday 26 June.

Argus is the Royal Fleet Auxiliary’s ‘Primary Casualty Receiving Ship’ and those on board enjoyed a tour of all areas of the ship, including the bridge, flight deck and armoury, as well as learning about her role in delivering cutting-edge medical treatment while afloat.

The outing was one of a number of events promoted by Seafarers UK to mark Seafarers Awareness Week, which aims to raise public awareness of the UK’s ongoing dependence on seafarers and the contribution they make to the UK as an island nation. The week’s two themes this year are ‘Maritime Jobs at Sea and Ashore’ and ‘Sea Ports for Prosperity’.

Youth charity Sea Cadets, which offers nautical-themed adventure to 14,000 10-18 year olds across the country, is backing the event, which coincides with the UK’s Armed Forces Day on 24 June and the International Maritime Organization’s global Day of the Seafarer on 25 June. 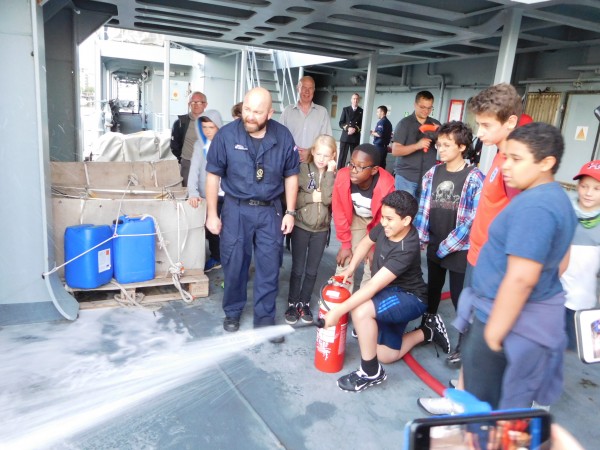 Bill Collier, Senior Events Officer at Sea Cadets, said: ‘This was an exciting opportunity for young people and volunteers at Sea Cadets, and gave them an interesting insight into what life is like for those working in challenging conditions at sea. Sea Cadets is proud to support Seafarers Awareness Week and honoured to have been part of the celebrations.’

Commodore Barry Bryant, Director General of Seafarers UK, added: ‘This visit was a great opportunity for Seafarers UK to work with two of our closest partners in the UK maritime world during Seafarers Awareness Week. We not only support the Sea Cadets with facilities and training but also point out the many career openings available at sea and ashore, while the civilian-manned Royal Fleet Auxiliary shows the Merchant Navy at its best, working alongside the Royal Navy in peace and conflict.’

Sea Cadets gives young people a new perspective. We broaden horizons and create possibilities. Working across the UK with 14,000 young people aged between 10 and 18, we help them see the world with confidence, gained through the challenge of nautical adventure and a Royal Navy ethos. Our aim is to help more young people to see the future that they want and make that future happen. www.sea-cadets.org

Seafarers Awareness Week was started by Seafarers UK in 2010 as an annual campaign to promote the vital role seafarers play in UK and global economies. www.seafarersweek.uk

Seafarers UK has been helping people in the maritime community for 100 years, by providing vital support to seafarers in need and their families, and to those in education or training who are preparing to work or serve at sea. www.seafarers.uk