You are here: Home / News / News / A secret mission to Oman leads to holidays on the South Coast 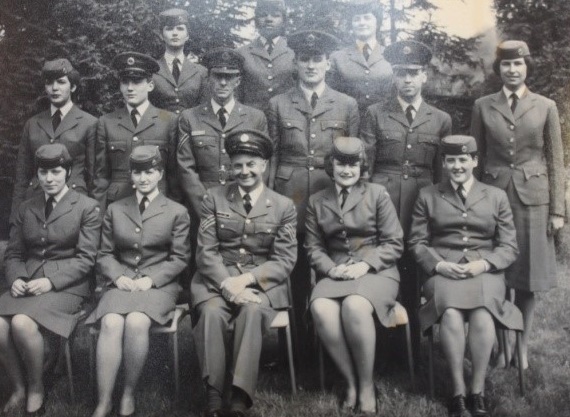 Ann during her RAF days (second from right, bottom)

For former WRAF nurse Ann Simons of Peterborough, a secret mission to Dhofar in Oman, was so covert she had no idea her service meant she should be awarded a medal.

The honour came to light when Ann finally spilled the beans about the top secret trip to lifelong friend and former RAF colleague Squadron Leader Trishia Welsh, Royal Air Force Volunteer Reserve (Training) branch. Trishia investigated further and discovered Ann should have been presented with the General Service Medal, with the Dhofar Clasp. She was later invited to attend a special ceremony at RAF Wittering in 2016, when the then Station Commander Group Captain Rich Pratley and Air Commodore Mark Gilligan congratulated her on her achievement and presented her with her long-overdue medal. 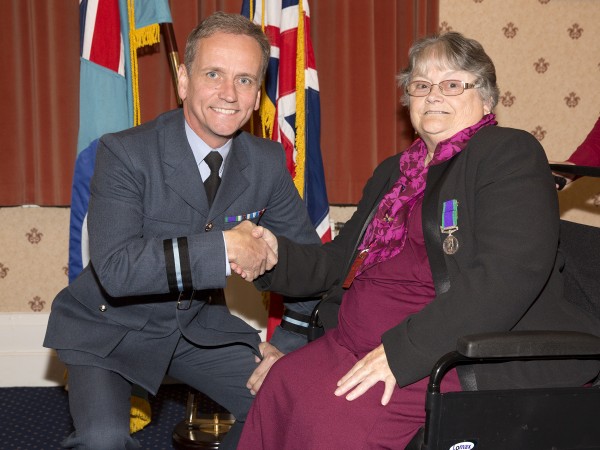 Ann explained: “I had no idea about the medal! I was so proud to receive it from the Station Commander at RAF Wittering. I am very proud of it now.

“We could not even tell our families where we were going, although my dad guessed as he was ex-forces. We were there to set up a new civilian hospital. It was still being built so we had to run the hospital from two bungalows where there was only one air-conditioned room in each.

“They did not even have accommodation for female personnel, we had to stay at the Sultan’s palace eight miles away! While I was there the Sultan’s staff decided I needed to learn how to defend myself so they taught me to fire a Stirling machine gun. It was quite frightening.”

It is a medal 68-year-old Ann wore proudly when she attended a week-long celebration of the centenary of women in the Royal Air Force at Princess Marina House in West Sussex.

WAAF and WRAF veterans gathered to mark the milestone and enjoy a week of special activities and share stories of their service.

Ann joined the WRAF aged just 17 and a half in 1965, determined to serve as a nurse as the WRAF would provide the necessary training. She applied to join the Princess Mary Royal Air Force Nursing Service and, after completing her training, was sent overseas in July 1970. In those days women were forced to leave the Service once they married and Ann did just that after six years. She went on to nurse for more than 30 years.

Now the Farcet pensioner enjoys frequent trips to the RAF Benevolent Fund’s care and respite centre on the South Coast. The RAF Benevolent Fund, the RAF’s leading welfare charity looking after serving and retired RAF personnel and their families, have also provided a mobility scooter for Ann to help her get out and about.

She said: “I am a very independent person and the scooter means I can go and do my own shopping. I think Princess Marina House is marvellous, I have already met a couple of friends by coming here. It is absolutely beautiful here, I love being by the sea. They treat you so well here, I think it is marvellous.”

If you know an RAF veteran who would benefit from a stay at Princess Marina House go to www.rafbf.org to find out how the RAF Benevolent Fund can help.