You are here: Home / News / News / Servicemen from Hampshire to compete in Brands Hatch Cycle Challenge for military charity 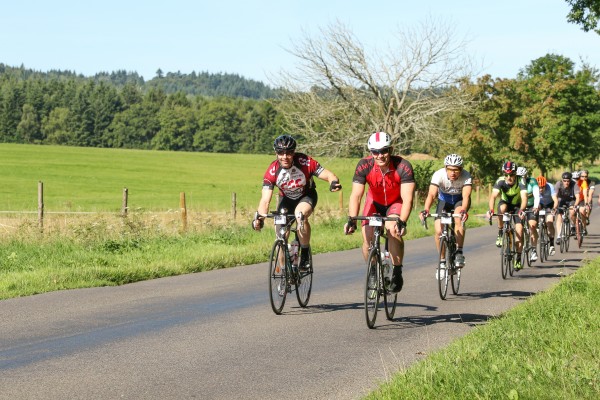 “He said it was for a charity called Blind Veterans UK, and once I’d done some research into the organisation I could tell it was an enormously worthwhile cause. Being Servicemen ourselves we’re always keen to help out causes like this as much as we can, so we’re both looking forward to hopefully raising as much money as possible.”

Revolve 24, which takes place from 16 – 17 September, will allow participants to challenge themselves on the iconic Brands Hatch circuit. On the day there will be three challenges available: 24 hours, 12 hours and 6 hours. Participants can enter as an individual or in teams of two, four, six or eight. Andy and Mark will be competing as individuals in the full 24 hour challenge.

Andy and Mark are currently based at the Close Protection Unit in Hampshire and both have served for 18 years. It is through their own Service that their immense gratitude and appreciation for those who have gone before them stems from. Andy and Mark explained: “Obviously being in the RAF and the Army we have a natural affiliation with the forces. Anyone who has served our country and suffered injury because of that, whether during or after their Service, deserves our total support.

“For us, Blind Veterans UK really stands out in that sense. It’s a great charity and a very worthwhile cause.”

For now, Andy and Mark are focusing their attention on both fundraising and training. Andy and Mark say: “Fundraising is going well. We’re just trying to push it out as far and as wide as we can to make sure we can raise as much as possible.

“Training is going good too. We’re both pretty busy, so it’s difficult finding the time to train but whenever we do have the opportunity, we’re both out on the bikes.

“Even though we’ve entered together and trained together, come race day we’ll be competitors so it’s safe to say there’s some mutual motivation going on!”

To donate to Andy and Mark, please visit: justgiving.com/andygray-blindveteransuk and https://www.justgiving.com/fundraising/teamhardy6.