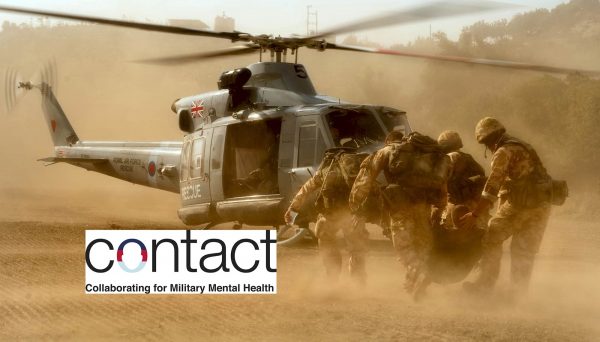 This ground-breaking collaboration between the Veterans’ Foundation (‘VF’) and the Contact Group (‘Contact’) will greatly increase capacity for the vital rapid support available to veterans suffering with psychological difficulties.

The quarterly grant awards from the VF, which could total £200,000 this year, will be distributed to established charitable providers of mental health treatment who are Contact members, including Combat Stress, Help for Heroes, Walking With The Wounded, ICARUS and PTSD Resolution.

These charities have been working hard to close the gap between growing demand and the help available to veterans, but the following facts about serving personnel (who go on to become veterans) highlight the urgent need for more support:

“We are delighted that the Veterans’ Foundation has recognised the demand and capacity issues that are currently affecting many veterans being able to access quality mental health treatment in a timely way.”

“We are looking forward to working with the Veterans’ Foundation and treatment-providing charity partners to ensure that this dedicated fund is appropriately targeted and effectively used to achieve its strategic aims and help veterans in need access the quality treatment they urgently require.”

Veterans to benefit from this funding may be new or returning patients with these organisations who may otherwise not have been able to access appropriate, professional assessment and treatment in a timely way.

David Shaw, CEO and Founder of the Veterans’ Foundation, explained why this cause was so important:

“Mental health care is one of the biggest issues facing our Armed Forces personnel in modern times and the Veterans’ Foundation is passionate about addressing this vital need.”

“The demand for these important mental health services has outstripped supply in recent times, so we are proud to be helping Contact in their work to redress that balance.”

“However, none of this would be possible without our supporters, their donations and the players of the Veterans’ Lottery, who have helped us to give over £10 million in grants to more than 300 UK-based military charities since 2016 – thank you all.”

This award coincides with the launch of the Veterans’ Foundation’s #PTSD100 campaign, which marks 100 years since the first Government report into the mental health effects of war on our Armed Forces personnel.

The report was the official declaration that the invisible scars of war are very real – soldiers suffering with ‘shell-shock’ and ‘war neurosis’ as it was then labelled, ran into their hundreds of thousands after WW1, leaving many debilitated by what we now know as Post Traumatic Stress Disorder.

#PTSD100 aims to raise awareness and funds throughout 2022 to ensure that Armed Forces veterans receive the vital support and treatment they require for mental health conditions including PTSD, which not only affect veterans themselves, but also their families and the wider communities they live in.

** ‘Mental health outcomes at the end of the British involvement in the Iraq and Afghanistan conflicts: a cohort study’ – Stevelink et al, British Journal of Psychiatry, DOI: 10.1192/bjp.2018.175 https://www.cambridge.org/core/journals/the-british-journal-of-psychiatry/article/mental-health-outcomes-at-the-end-of-the-british-involvement-in-the-iraq-and-afghanistan-conflicts-a-cohort-study/E77CCC4B6D0B2A3B6A481C0980D29E93