You are here: Home / News / News / Soldiers get on their bikes to launch Poppyscotland sportive

Soldiers get on their bikes to launch Poppyscotland sportive 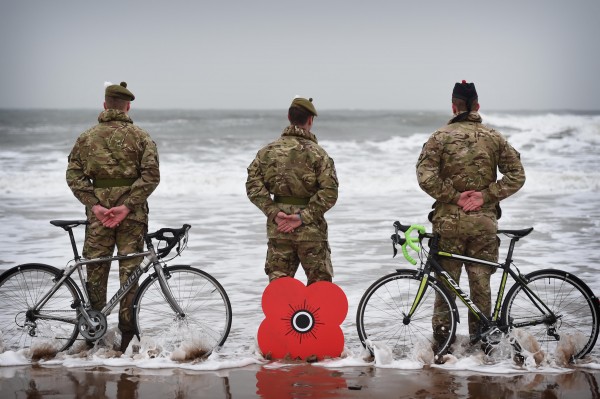 Photo Caption:- L to R Fusilier Alastair Murphy (21), centre Graeme Findlay (30) and Fusilier Stuart Wheeler (29) with their bikes alongside some of the beautiful Scottish countryside the sportive passes by.

Soldiers from 2 SCOTS were ready to ride them on the beaches as they get on their bikes in East Lothian to help launch the 2018 Poppyscotland Sportive. The annual mass participation cycling event later this year aims to raise funds for the leading Armed Forces charity and takes place in and around the county. Last year, more than 700 riders took part, raising nearly £50,000, but, in 2018, Poppyscotland is hoping to hit the 1,000-rider barrier.

The Poppyscotland Sportive, which was launched in 2014 and has been voted one of the top three Sportives in Scotland, gives riders a choice of three routes to suit a variety of levels of experience and fitness. New for this year, though, is a timed hill climb just past North Berwick (hence the choice of location for this photocall) allowing riders to take on a short sharp hill climb and battle it out to become the King or Queen of the Heugh. 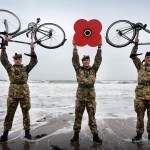 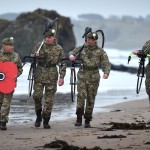 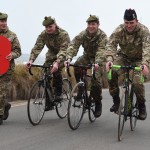 The event, which runs on Sunday, 30th September and is sponsored by Fred Olsen Renewables, is open to everyone with riders able to pick routes at lengths of 45, 66 or 100 miles. All three take participants along the beautiful East Lothian coast and then back though its stunning hills and countryside, with the 100-mile circuit also taking riders into the Scottish Borders. It is important to note that the Poppyscotland Sportive is not a closed road event.

Organiser Katriona Harding said: “Poppyscotland Sportive has sold out each of the past four years and we expect it to be fully subscribed again this year, so we urge people to register early. It is one of the most important awareness-raising and fundraising events in our calendar and has grown steadily in popularity since it was first launched in 2014. We have had amazing support from both the cycling community and East Lothian Council over the past four years, helping us grow this event and create a fantastic experience for all of our fantastic fundraisers.”

Best known for running the iconic Scottish Poppy Appeal, Poppyscotland reaches out to those who have served, those still serving, and their families at times of crisis and need by offering vital, practical advice, assistance and funding. The charity believes that no veteran should live without the prospect of employment, good health and a home, and we all have part to play in achieving this.