You are here: Home / News / News / SSAFA celebrates its ‘life-changing’ partnership with Sodexho

The well-established relationship between SSAFA, the Armed Forces charity and Sodexo has reached another milestone with the facilities management company donating a further £35,000 through the Sodexo Stop Hunger Foundation to the SSAFA Homelessness Fund allowing its life-changing work to continue for another 12 months. 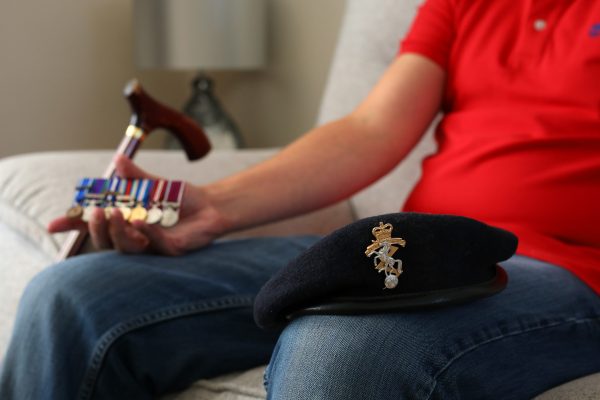 Since 2008, funding from the Stop Hunger Foundation has provided urgent welfare provision to those most in need from the Armed Forces community, particularly veterans and their families across all three services. Sodexo’s support has enabled the rapid delivery of financial assistance, help with the purchase of vital white goods, and distributing emergency food supplies.

In total, Sodexo has given more than £400,000 to SSAFA in those 14 years, allowing the UK’s oldest tri-service charity to help serving personnel, veterans, and their families with support when, where, and how they need it, and grants from the fund are also a vital resource for volunteer caseworkers to find a swift resolution to urgent cases.

“SSAFA is delighted to maintain its long-standing relationship with Sodexo, a relationship that makes a real and practical difference to those in our Armed Forces community who need support.

“And that help from Sodexo, which includes its Stop Hunger initiative that provides financial assistance to SSAFA’s Homelessness Fund, is as vital today as it has ever been.

“Anecdotally, our Forcesline team of support workers are reporting a change in the tone of calls received since the cost-of-living crisis began to bite this year, with callers demonstrating increased levels of anxiety and stress, and – worryingly – deteriorating levels of mental health.

“This is a situation that is not going to end or even improve soon, but with the four-square support of Sodexo for our military community – from WWII veterans to more recent conflicts, not forgetting those who served in the Falklands – SSAFA will continue to provide compassionate and real help whenever, wherever, and however needed just as it has for 137 years.”

“I am incredibly proud to support SSAFA, it is a fantastic charity, and the brilliant work it does to support the serving military, veterans and their families is inspiring. At Sodexo, we encourage our people to use their skills to help the communities in which we operate, and SSAFA is particularly close to our hearts.”

SSAFA’s crucial work for the Armed Forces community – regular and reserves, serving or veteran, and their families – is only possible because of donations and corporate partnerships. If you have questions about becoming a SSAFA Corporate Partner, then visit ssafa.org.uk/corporate.