SSAFA, the Armed Forces charity, is delighted its Honorary Ambassador Joanna Lumley has been made a Dame Commander Order of the British Empire (DBE) in the 2022 New Year Honours List. 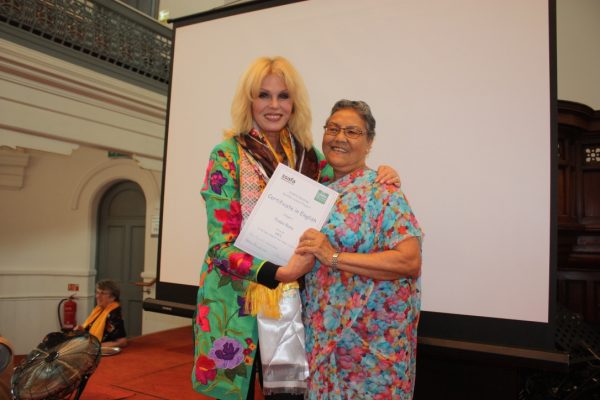 An actress and campaigner, Dame Joanna was awarded her honorary role with SSAFA in 2017 for her work with its Gurkha beneficiaries.

At the time of her appointment, she said:

“I was so touched and proud to be asked to become a SSAFA Ambassador. [SSAFA] deserves all the plaudits it receives, and it gives me great pleasure to accept this honour.”

Dame Joanna had been made an Officer of the Order of the British Empire (OBE) in the 1995 New Year Honours List.

“Dame Joanna’s commitment and unswerving support for the Gurkha community has an inspiration which garnered support and awareness far beyond the military family. Her DBE is richly deserved for all her campaigning, as well as the entertainment she has brought us over many years.”