Lt Commander, Kate Muir, contributed to the publication with a piece on one of D-Day’s leaders, Admiral Sir Bertram Ramsay, an Allied Naval Commander and designer of Operation Neptune. 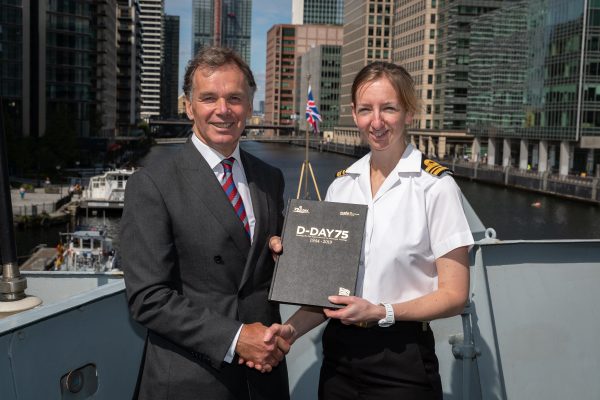 “We are delighted to be presenting HMS Westminster’s Executive Officer Lt Commander Kate Muir and the Ship’s Company, these copies of the D-Day 75 publication. Kate’s contribution to the publication highlights one of Britain’s key D-Day Leaders, Admiral Sir Bertram Ramsay. We are incredibly grateful to her for allowing us to know more about his critical contribution to D-Day.”