Strengthening Families – By Your Side 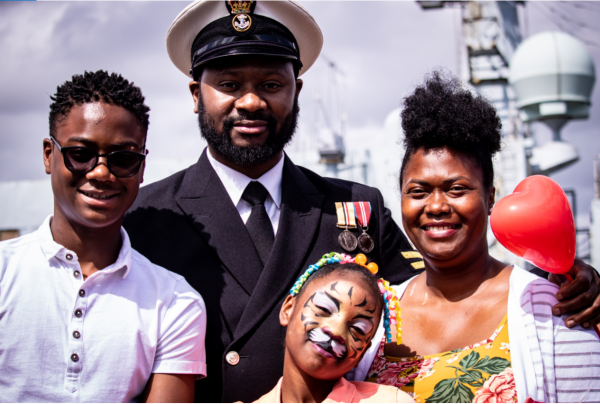 Strengthening Families – By Your Side has been developed by the NFF and RNRMC, in partnership with the Royal Navy, Kings Active Foundation, Home-Start UKand Relate. Initial funding of project activities, provided by the RNRMC and the Armed Forces Covenant, is to be rolled out over the next three years. The offer aims to provide comprehensive support to Naval Service families whenever and wherever they need it.

This groundbreaking partnership will work collaboratively to address some of the key issues underlined in the RNRMC’s ‘Understanding of Need’ report, primarily looking at the gap between the support available for dispersed families nationwide compared to support available for those living in or near base ports.  The RNRMC’s ‘Understanding of Need’ report highlighted that dispersed Naval Service families, i.e. families distributed throughout the country, are less likely than those who live close to base ports to be aware of available help and support and far more likely to have difficulties accessing the support available.

The project also seeks to tackle problems reported by Naval Service personnel and their families to the NFF and the Royal Navy Chaplaincy. These can include a sense of isolation, relationship and parenting issues or mental health difficulties.

Mandy Lindley, Director of Relationships and Funding at the RNRMC said:

“By working together, we can deliver the improvement in quality of life that is needed by our service families. Strengthening Families – By Your Side is about early intervention and prevention, providing a range of services leading to improved family cohesion, conflict resolution, health and well-being, and increased levels of happiness.”

“We are delighted to have been involved in this vital initiative, particularly in the case of our isolated families. Royal Navy and Royal Marines families are more widely dispersed than those of our sister Services, which brings its own challenges in terms of mutual support, gleaning information and access to the range of services that are available to families near base ports and other Naval establishments. This kind of partnership between ourselves, the RNRMC and other stakeholders points to a potentially more effective way of using scare resources to greater effect.”

More information about Strengthening Families – By Your Side will be coming soon.