You are here: Home / News / News / Talk – The Band That Went to War: Royal Marines Band in the Falklands War

Talk – The Band That Went to War: Royal Marines Band in the Falklands War

Meet Brian Short author of “The Band That Went to War: The Royal Marines Band in the Falklands War” on 18 May.

The Royal Marines are renowned for their military skill and also for having one of the finest military bands in the world. These highly trained and talented musicians are equally at home parading at Buckingham Palace, playing at the Royal Albert Hall, or on the flight deck of an aircraft carrier in a foreign port.

Why then, when the Argentines invaded the Falklands in April 1982, did these superb musicians get involved in what became a serious and deadly military campaign?

The answer is that, in addition to their musical expertise, the RM Band Service members are trained for military service and fully qualified in a multitude of military and medical skills, providing support to their comrades, the fighting commandos.

The Band That Went to War is a graphic first-hand account of the Falklands War as it has never been told before. It describes the roles played by Royal Marine musicians in the conflict; unloading the wounded from helicopters, moving tons of stores and ammunition, burying their dead at sea and guarding and repatriating Argentine prisoners of war.

These and other unseen tasks were achieved while still ready to provide morale boosting music to their commando brethren and other frontline troops.

“These men are not just musicians; they are Royal Marines.” 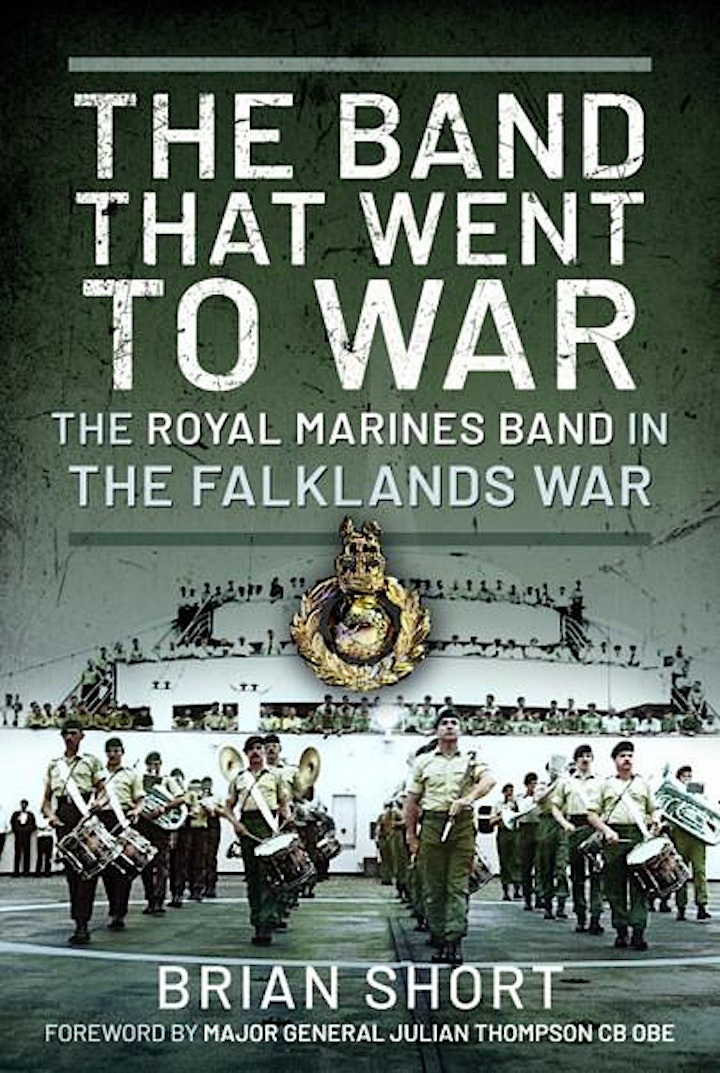 Brian Short joined the Royal Marines in 1973, not as a commando, but as a musician in the world renowned Royal Marines Band Service.

He was in Northern Ireland at the height of the troubles, witnessed the Deal Barracks bomb attack which killed 11 colleagues, and was operationally deployed during the Falklands War, as described in this book.

Retiring in 1989, he became a police officer for 14 years which presented him with a different set of challenges. He now lives in South East England where he continues to play and enjoy music.

Brian will share his experiences of being a musician in the Royal Marines Band serving in a military campaign in the Falklands in 1982.

Brian’s talk will be followed by an interactive Q&A session so you’ll have the opportunity to get involved and he’ll answer as many of your questions as we can squeeze in.