Eight blind veterans from across the country took part in and completed the Brighton Half Marathon, accompanied by their guide runners. 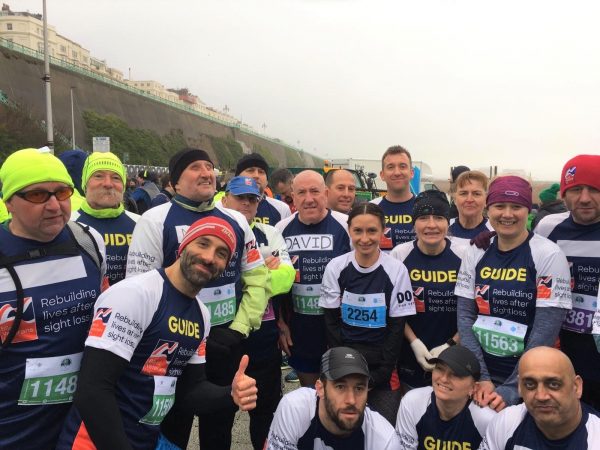 He was attached to his guide runner by a piece of stretchy elastic, allowing the guide to lead the direction of travel.

“In normal circumstances I wouldn’t have been particularly happy with my time, but considering the wind was absolutely howling and I’ve done little to no training, I’ll take it.”

Charlie spent four years with the Army in the 1st Battalion Kings Regiment and Royal Army Medical Corps with tours in Cyprus and Jordan. It was eight years after leaving the Army that Charlie was diagnosed with glaucoma which left him with no sight in his left eye and severely reduced vision in his right eye, which has been in decline ever since.

Luckily, Charlie found out about Blind Veterans UK who have helped him get back on his feet. He says:

“When I first lost my sight I thought my life was over. I’d always been very sporty so I was severely depressed thinking that I’d never be able to do boxing or running again.

“Blind Veterans UK literally saved me. They gave me the skills and the confidence to get back out there partaking in my sporting endeavours again. They gave me my confidence and self-respect back. I can’t thank them enough.” 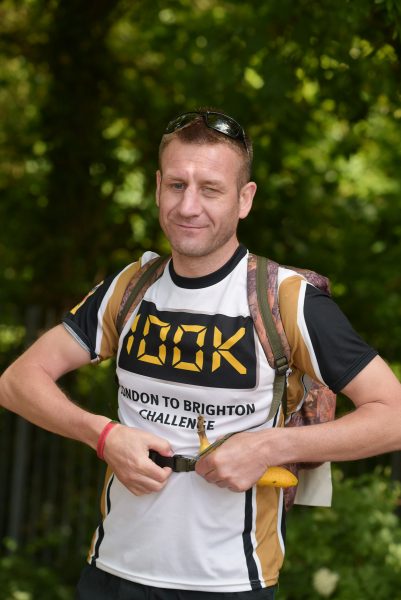 Stacey Jones, 42 and from Peacehaven, guided another of the blind veterans who took part. She says:

“My runner chose not to be physically attached so I took on the role of being his eyes during the race. I stayed at his pace and was in constant communication about what was happening around us at all times.”

She continues: “I’m feeling really pleased for him and happy that I was able to help him achieve something that he’s been aiming for.”

Blind Veterans UK currently supports more blind veterans than ever before in the charity’s history, but it knows there are many more who still need its support to rebuild their lives following their sight loss. The charity has a dedicated community team in Sussex who provide support including training, equipment and social events for vision-impaired ex-Service men and women in the local area.