You are here: Home / News / News / The Scotty Challenge

Remembrance is a time for paying tribute to our fallen heroes and The Scotty Challenge, organised by bereaved children’s military charity, Scotty’s Little Soldiers, is a way of not only honouring  those who lost their lives in the service of their country, but also supporting their children left behind. 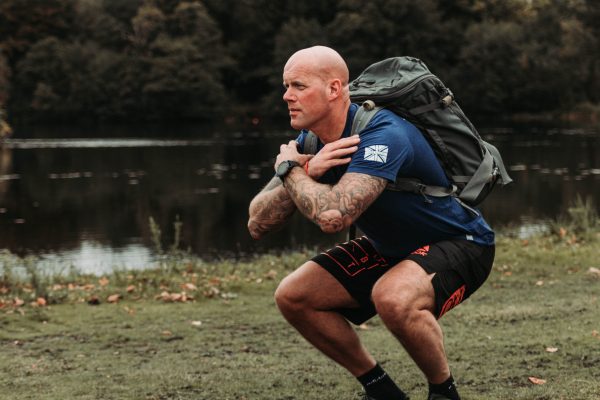 Not for the fainthearted, The Scotty Challenge is a high endurance workout that can be done any time, from anywhere suitable, but many people are planning to take on the challenge over Remembrance weekend, in honour of our fallen heroes. Participants are encouraged to post their time to add a competitive element.

Scotty’s Little Soldiers was founded in 2010 by war widow Nikki Scott, a year after her husband, Corporal Lee Scott (known as Scotty), was killed in action. Nikki saw the devastating impact on their two young children and wanted to help others in the same situation.

The charity arranges for bereaved Forces families to go on respite breaks, organises special events, sends presents to the children at extra difficult times of year, offers wellbeing care, as well as educational support and grants. Being part of the Scotty community reminds hundreds of bereaved Forces children they aren’t alone.

For anyone who has lost a loved one who served, Remembrance is every day, but a ‘November to Remember’ campaign by Scotty’s Little Soldiers, encourages everyone to take the time to think about the ultimate sacrifices made by our servicemen and women and their families left behind.

“The Scotty Challenge has been designed in a way that anyone can attempt it. It’s a tough challenge, a challenge that will test you physically and mentally and it’s a challenge that is befitting of our fallen heroes whose children have sadly been left behind. Just remember that your participation, your determination and your sweat and effort will go some way to supporting our bereaved Service children.”

“For anyone who has lost a loved one who served, Remembrance is every day, but November is a time for everyone to honour our fallen heroes. This year, with Remembrance services cancelled, more than ever it is important to find other ways to show your respects. That’s why we have the November to Remember campaign this year, to encourage people to take the time to reflect, and the Scotty Challenge is one way to show your admiration and gratitude to those who have made the ultimate sacrifice.”

Taking part is free but there is an option to make the suggested donation of £10 (or other) to raise funds which will help to provide long term support for the children of the fallen. Proceeds from the challenge will go directly to Scotty’s Little Soldiers (charity number 1136854).

Jordan Fitness, one of the UK’s leading gym equipment suppliers, are supporting The Scotty Challenge. Everyone who signs up will also receive a 15% discount code to spend on kit, like sandbags, to prepare for the challenge. They will also be donating 5% of the proceeds from the sale to Scotty’s Little Soldiers.

To find out more about The Scotty Challenge, or to sign up, go to: www.thescottychallenge.com

For more information on Scotty’s ‘November to Remember’ campaign, go to: www.scottyslittlesoldiers.co.uk/november-to-remember