You are here: Home / News / News / Thousands of Veterans Helped by Poppyscotland Inverness 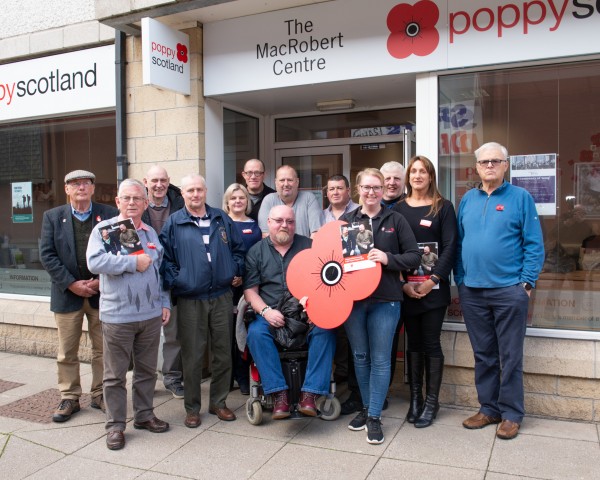 More than 3,000 individuals of all ages and service backgrounds have been helped since the Centre opened its doors in 2013.

Financial assistance and support with employment, mental health, housing and benefits were among the most common areas that members of the Armed Forces community living in the North of Scotland have benefited from.

Speaking at the publication of the independent impact report, which coincides with the launch of the 2018 Scottish Poppy Appeal, Poppyscotland Inverness Welfare Centre Manager Nina Semple said: “We pride ourselves on taking an evidence-led approach and evaluating outcomes. This report underlines the impact we see our services having every day. While these headline statistics represents a ringing endorsement of our approach, what is most important to us is the life-changing difference our work has on the lives of the individuals we help.”

Of the 3,037 enquiries, more than 1,000 individuals directly benefitted from Poppyscotland’s welfare offering, with 390 receiving specialist one-to-one support from staff at the Centre. While the majority of enquires came from those aged 35 to 59 years old (64 per cent), support was provided to members of the Armed Forces community from the age of 18 to 80+. Support was provided to serving and former members of the Army, Royal Navy and Royal Air Forces, although the former represented the largest group of beneficiaries (76 per cent).

The 2018 Scottish Poppy Appeal has added significance as it will conclude on the 11th day of the 11th month, exactly 100 years since the signing of the Armistice, which brought the First World War to an end. While numerous commemorative events are planned across the North of Scotland in the coming fortnight, the impact report highlights that Poppyscotland’s work is as vital and relevant today as it was 100 years ago.

Nina Semple added: “This year’s Scottish Poppy Appeal will be especially poignant given the forthcoming centenary and whilst we must never forget, the Armed Forces community can be sure that Poppyscotland will always be there supporting them. The public can also be assured that their generous donations have had a massive impact. We want to build on this success in the years ahead, but we can only do this through the continued support of the public, so I would urge everyone to dig deep for the 2018 Appeal.”

The impact report also highlights the active collaboration between Poppyscotland, other veterans’ organisations and civilian support services, which has led to a holistic service being provided to the beneficiaries. Over the course of the first five years, Poppyscotland Inverness has worked with more than 20 different partner organisations including Highland Council, Job Centre Plus and NHS Highland.