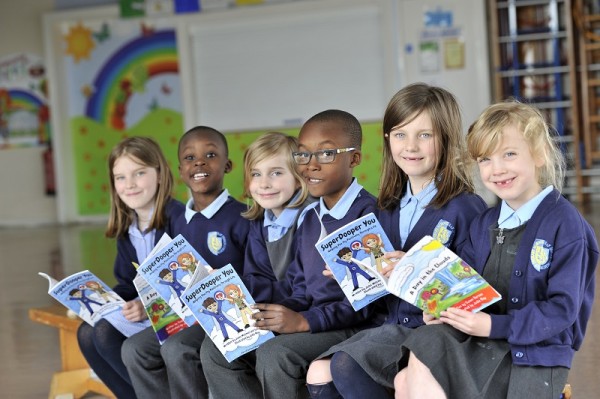 A new series of books aimed at improving the mental health of the RAF Family has been launched at RAF Benson Community Primary School by the RAF’s leading welfare charity, the RAF Benevolent Fund.

The Fund is piloting the books in response to research which found more than half of military parents believed a military lifestyle had a negative impact on their children and led to an increase in psychosocial problems. 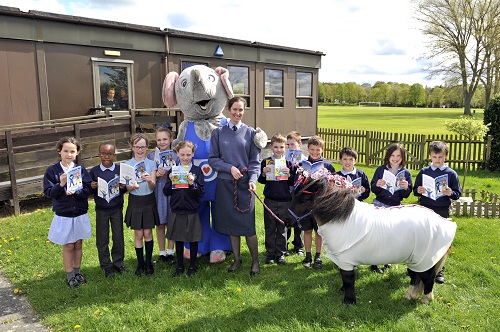 Children meet Ben Elephant and Raphael the unicorn at the launch with OC Base Support Wing, Wing Commander Toria McPhaden

The Cloud Nine book series has been commissioned by the Fund as a helpful guide for RAF families, to give them the techniques to promote mental wellbeing and emotional resilience as they face the challenges of growing up in a military family.

RAF Benevolent Fund Head of Welfare Programmes and Development Alison Wyman said: “Having stood side by side with the RAF Family for one hundred years, we know only too well the challenges they face. These books are designed to be picked up and put down as and when life gets a little tough and extra support is needed, such as when moving house or when a parent is deployed.

“It is our hope that the techniques and tools found within the Cloud Nine series will instil in RAF children, young people and their parents, positive mental health habits to take with them into adulthood.”

There are four books in the series aimed at different age groups: A Day in the Clouds for four- to seven-year-olds, Super Dooper You for eight- to 12-year-olds, Tactical Manoeuvres for Life for 12- to 16-year-olds and Roots and Wings, a parents handbook.

Carol Vorderman, who wrote the foreword for the book aimed at teenagers, said: “Promoting a positive role model and healthy attitude for young people is something close to my heart, particularly for youngsters who have an RAF background. I know they will find this book a useful guide as they navigate life growing up in an RAF family and become the successful, positive young adult they want to be.”

Community Development Officer Meg Wickett, who works at RAF Benson, came up with the original idea for the books. She said: “I have been working with RAF families for a number of years so I know the difficulties they face. I think these books are unique and much-needed. There is nothing else like them out there to help youngsters in this way.”

The RAF Benevolent Fund worked with emotional intelligence and resilience experts, The Big Happiness Experiment, who wrote and illustrated the Cloud Nine series.

Jules Mitchell, their founder, said: “It is a privilege to have created the Cloud Nine series of books, which we truly believe will have a positive impact on the mental health and emotional wellbeing of RAF children and families, both now and in years to come.”

The books will also be piloted at RAF Odiham and RAF Honington.