A scheme to create the UK’s first Veteran Care Village has won a top award. 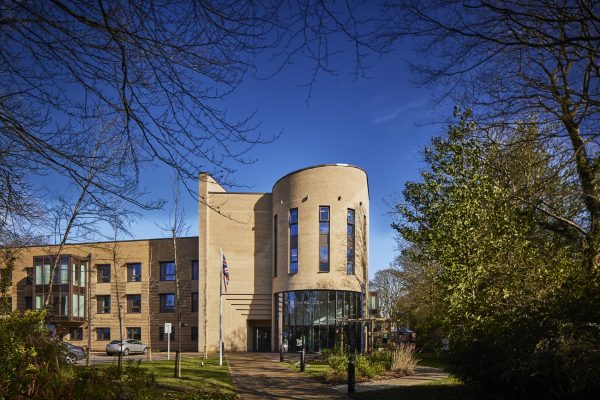 The £12.5m project which has transformed Broughton House in Salford scooped the Community Benefit honour in the north west category of the 2022 RICS Awards.

Broughton House now goes through to the national grand final, which will be held in London on Friday, October 21.

Since the demolition of the original home in 2020, Broughton House has been transformed into a modern complex featuring a 64-bed care home, including a 16-bed household dedicated to veterans with dementia, and six retirement apartments.

The redevelopment was carried out in phases to ensure Broughton House continued to function and provide care throughout.

Facilities at the revamped site include a museum, a gym, a hairdressing and barber’s salon and a restaurant and bar for residents.

There is also an Armed Forces Support Hub which provides welfare support and counselling for ex-service people of all ages living in the local community.

“We are honoured and thrilled that our new Veteran Care Village has been recognised with this prestigious award.

“Creating a facility which better meets the needs of our veterans now and in the future was a major undertaking which is bearing fruit as a modern, comfortable and welcoming home and community for service veterans from across the north west and beyond.”

The project manager for the redevelopment was Manchester-based Dooley Associates.

“I’m absolutely thrilled that Broughton House has been recognised in the RICS Awards.

“It was a challenging brief, creatively, financially and logistically, and I’m immensely proud that Dooley Associates led the team on this project. The scope and budget of the two-stage development was fully respected, and the entire project was handled with empathy and care to the existing residents.

“This prestigious award is testament to what can be achieved when a team strives towards a common goal, particularly when that goal is so critical to a respected community.”